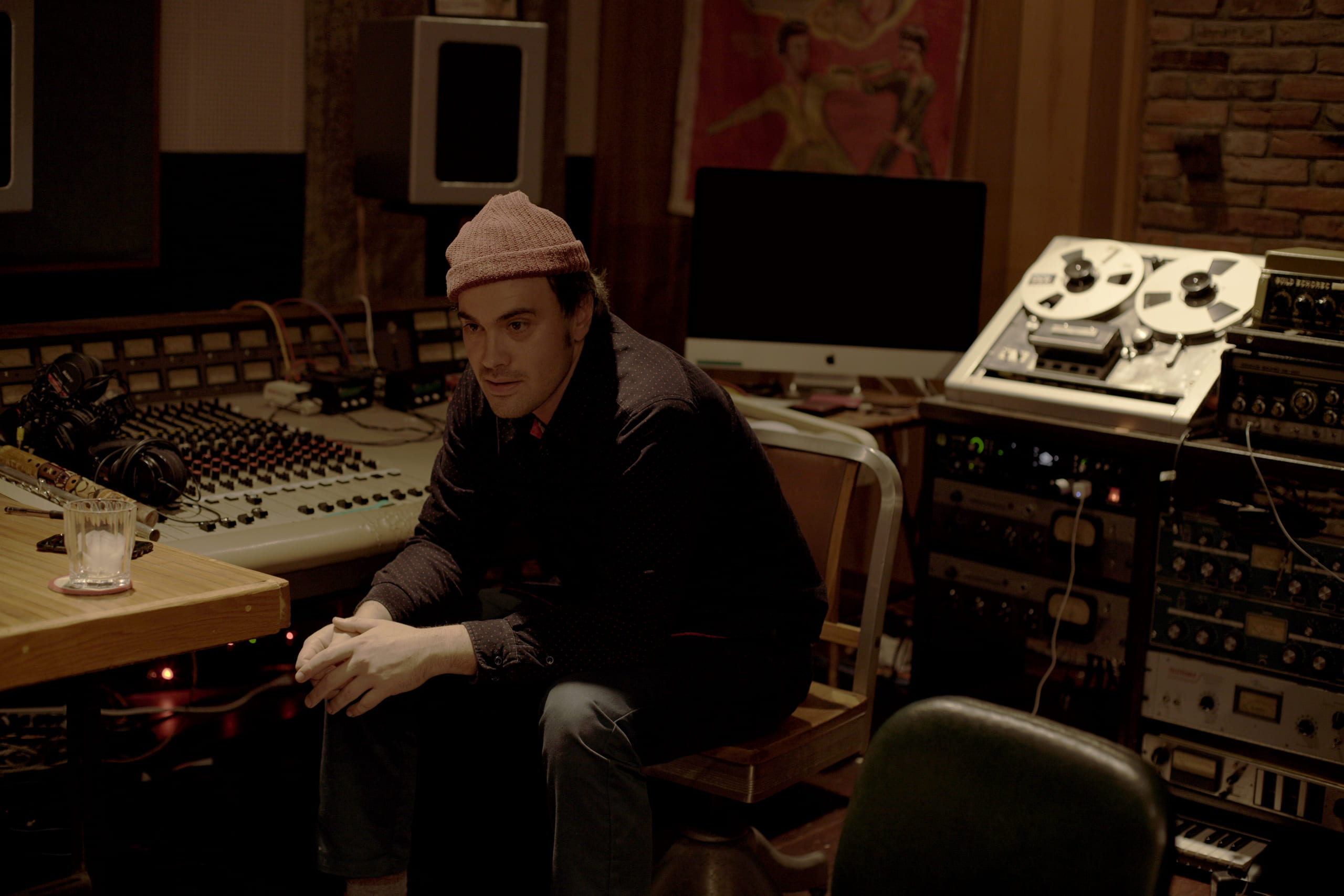 Perceptive students of pop pantheon’s upper crust may recognize Leon Michels’s occasional production, songwriting and instrumental credits on recordings by the likes of Beyoncé & Jay-Z, Adele, and Lana Del Rey. But the path to such collaborations rests on the bedrock of Michels’s revered, longstanding work as a multi-instrumentalist, bandleader, and label and studio proprietor in New York City’s independent music community. Leon was still in high school when he started gigging around the deep funk revival scene of the late ’90s/early ’00s NYC that sired late-blooming stars in Sharon Jones and Lee Fields, and eventually graduated to atmospherically soundtracking the city with his own acclaimed analogue soul/funk instrumental outfit El Michels Affair. He’s since developed into one of the leading contemporary figures crafting organically groove-based song works, co-helming a soul-pop smash in Aloe Blacc’s ode to economic assistance under duress, “I Need a Dollar,” refining beautiful continued work with Fields, and leading EMA through Wu-Tang Clan instrumental reinterpretations, homage to European library music, and South Asian-seasoned psyche funk with featured vocalist Piya Malik. He’s also kept busy extending his production hand into moody dream pop (The Shacks), roots reggae (Liam Bailey), and neo soul (Lady Wray) with the artists signed to the indie label he’s run with partner Danny Akalepse since 2016, Big Crown Records. During a respite from sessions at Diamond Mine Studios – the production hub he co-owns and operates with venerated fellow vets of the circuit Thomas Brenneck, Homer Steinweiss and Nick Movshon – Leon discussed some of the tricks of his trade of committing music to tape… 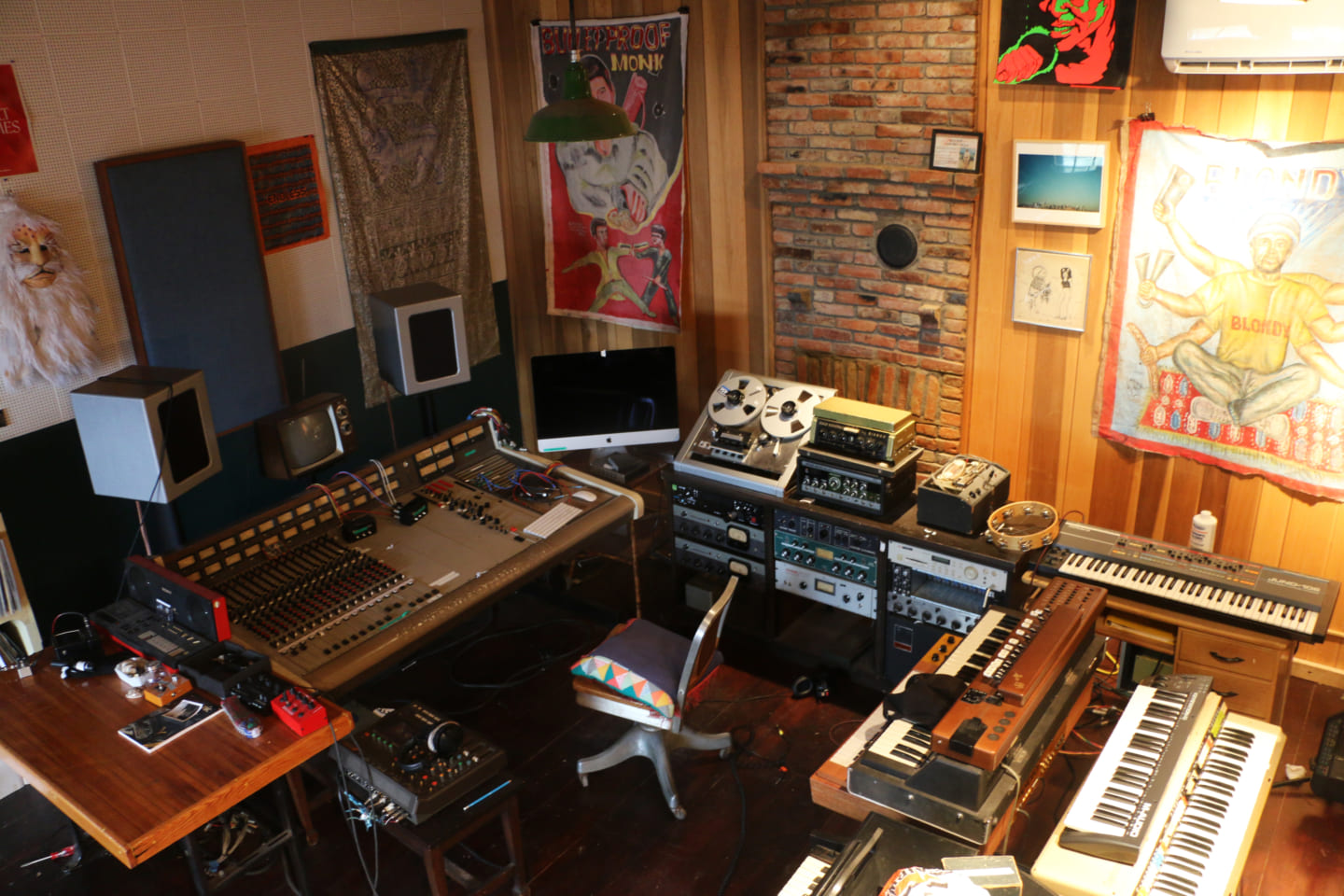 Analogue is…
The short answer is analogue is a process more than anything else. The longer answer is that for me analogue equipment essentially dictates how I make music and how I can rely on machines to sort of finish the sounds for me more so than digital. It gives me limitations but dictates the way I write music as well. So, if I have drums that sound super lo-fi and crunchy because of some process that I did with analogue equipment it will basically dictate how I record the rest of the song and how the music ends up being written.

And I think that’s just from me listening to so much music and sort of associating sounds with style. If I hear really clean sounds like a drum beat recorded really clean, no matter how good the drummer is, it will sometimes turn me off rather than if the sound has some personality and some sort of “flaw” with it. This approach already existed in music. I think that Neil Young’s producer, David Briggs had that philosophy, Velvet Underground had that philosophy… A dirty recording has a specific personality.

What types of gear have you found enables you to best execute those kinds of ideas?
I use tape of all sorts. A lot of eight-track one-inch. I use a lot of cassette processing – old school just straight up cassette tape. Basically, all my gear, at least the way I use it, does one thing. I don’t even think I use my gear to its full extent. But I like my cassette machine because it essentially has this EQ curve that shaves off high end. Which is the thing about analogue — digital recording is designed to give you as much high end that exists on recorded music, and a lot of older analogue equipment has these sort of built-in EQs that just take it away. 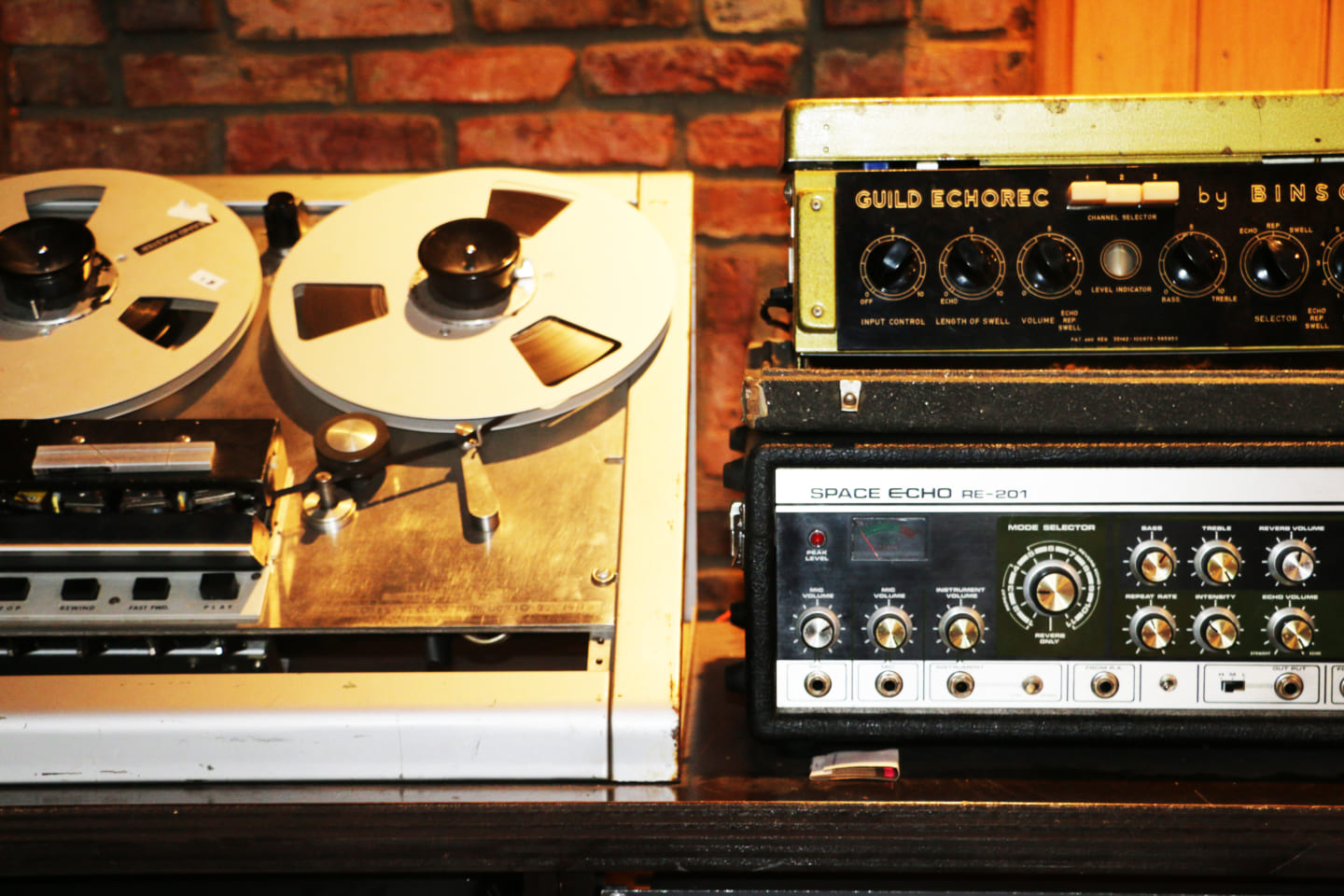 But that also brings me to something else that I’ve been doing lately which is a bit of a late discovery but it kinda changed the way I record music. And this happened when I was doing that second Wu-Tang [cover versions] record, Return to the 37th Chamber. I realized that part of the reason I love the way soul music sounds in sampled hip-hop is because of the manipulation [involved], which is slowing down and speeding up [the sample]. And that creates effects which are very specific to that process. So like speeding songs up and slowing things down with tape is something I’ve been doing a lot lately.

Is there a typical workflow or routine when you record at Diamond Mine?
The standard routine at the studio is there’s either a song that someone has or there’s just a basic idea that someone has and then it starts most of the time with drums, bass and guitar or some kind of keyboard, and then we have our engineer record to an eight-track one-inch MCI machine. And everything starts like that. And whether it goes to computer or it stays on the tape machine or goes on another tape machine changes. But everything that comes out of Diamond Mine for the past six years has been on the same machine.

Instrumentation-wise what do you think benefits the most from recording to tape?
For me it’s always drums and bass. Everything else I can live with a digital recording. And sometimes I even prefer it. Sometimes with vocals it’s cool when that sounds extra crispy and the music has that analogue feel. And then also to my ears at least, I’m sure there’s plenty of people who’d disagree with me, I can’t tell the difference.

With vocals?
Yeah, on vocals but also guitar if it has the right amp and it’s the right player. You know, with mid-range-y instruments I don’t really hear that big a difference. But really to me low end and high end, that’s where analogue gear and process is the most important.

By your own admission you’re not an analogue snob, so where else do you make the delineations?
It goes back to the very first question, it’s all just process. The last time I actually finished a record entirely on tape, I can’t even remember. Because it’s a pain in the ass. I remember the days of tracking Lee Fields’s vocals on tape and it would take us six hours minimum. Because you punch a line, and Lee says, “I can do better.” So you trust him, so you want to do it better but then it [might be several] takes. So yeah, digital in terms of that is a savior.

At the same time, something which I think is really important with my music, and just music in general, and another reason analogue is so great with recording and mixing music: it’s as much about a performance as making the music. When you’re recording music [analogue keeps you from] having too much time and too many options. They get taken away. In the same way you have to make decisions if you’re playing a song live. That’s like some Lee Perry shit. It all happens super quick. And then you wind up with these decisions that get made while recording the music that are totally insane but make the music as interesting as it is.

Do you have any specific examples of that kind of decision-making with your own work?
There’s certain examples like when we recorded “Make the World” – the Lee Fields song on Special Night. We did a take of that and we moved on to another song and that take got wiped. But we had a rough mix so we had to end up using the rough mix as the rhythm track. But to me that’s one of the best mixes on the record. And then sometimes I will make decisions on purpose that are ridiculous, like a tambourine that’s just the loudest thing in the mix because those are my favorite parts of records [that I listen to]. You know, certain records where you think, why did they make that decision?

As a listener what other examples like that have inspired you?
I don’t know if this can be categorized as a mistake because it obviously was not. It’s just a decision that was probably made pretty quickly. There’s that Lee Perry record “Blackboard Jungle Dub” [Version 2] where all the music is panned to the right, like everything – the bass, the drums, guitar, piano – and then just the trombone is panned to the left. I’ve listened to that song a million times but I remember once one of the speakers went out. And it was just trombone and that was the first time I even realized it. Because it sounded so good that I never even put it together that it was panned like that. But it was like the perfect decision but definitely most people if they had enough time to think about it they would probably not choose to do that.

Well, I guess that’s why most of us are not Lee Perry.
Yes, exactly. He’s got a good quote, which is something like, music should be instant input, instead output – because it’s like hand of God and shit coming through you. But I love that. It’s like jazz improvisation performance, and that can be carried over into recording music as a similar thing, a cool part of it. 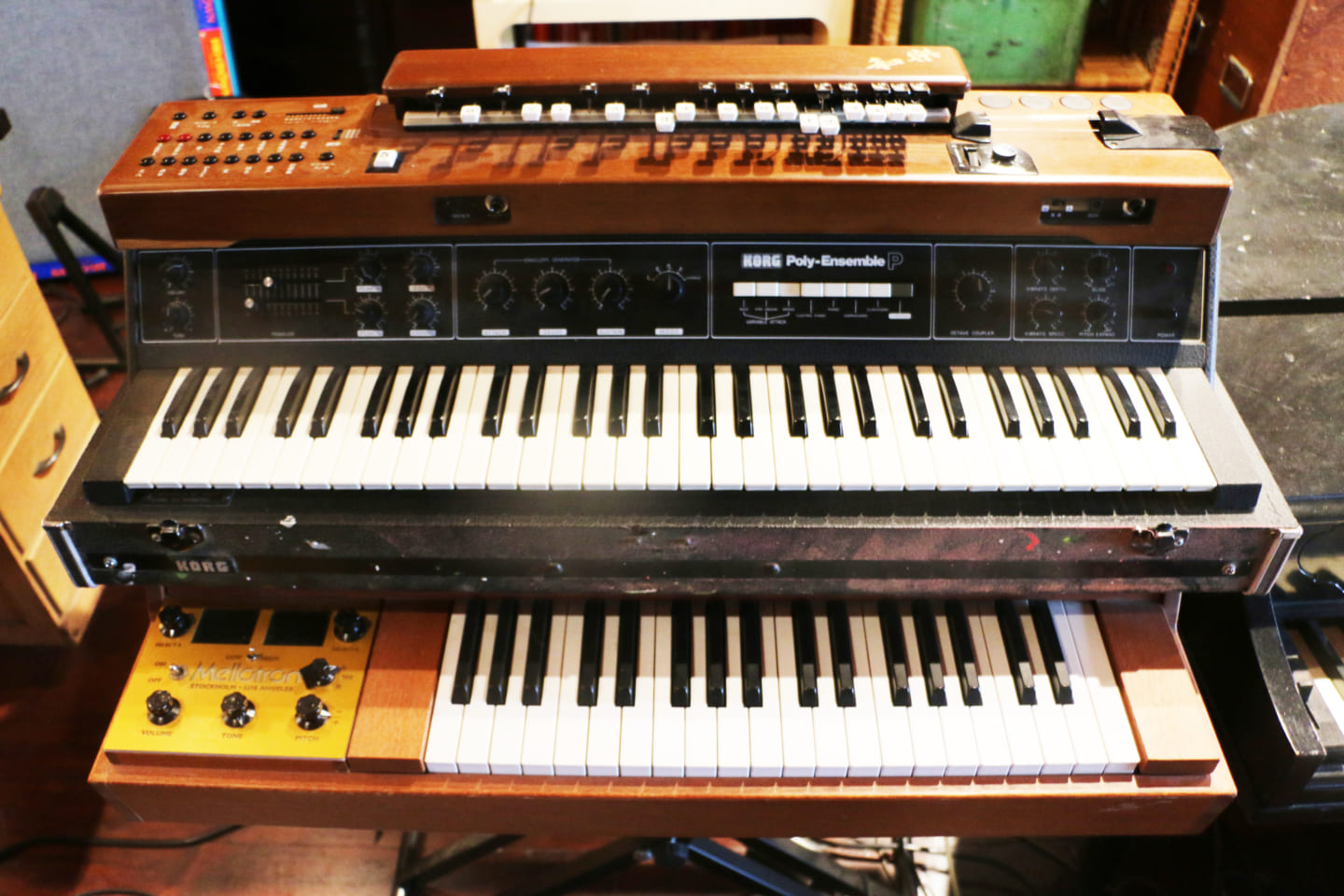 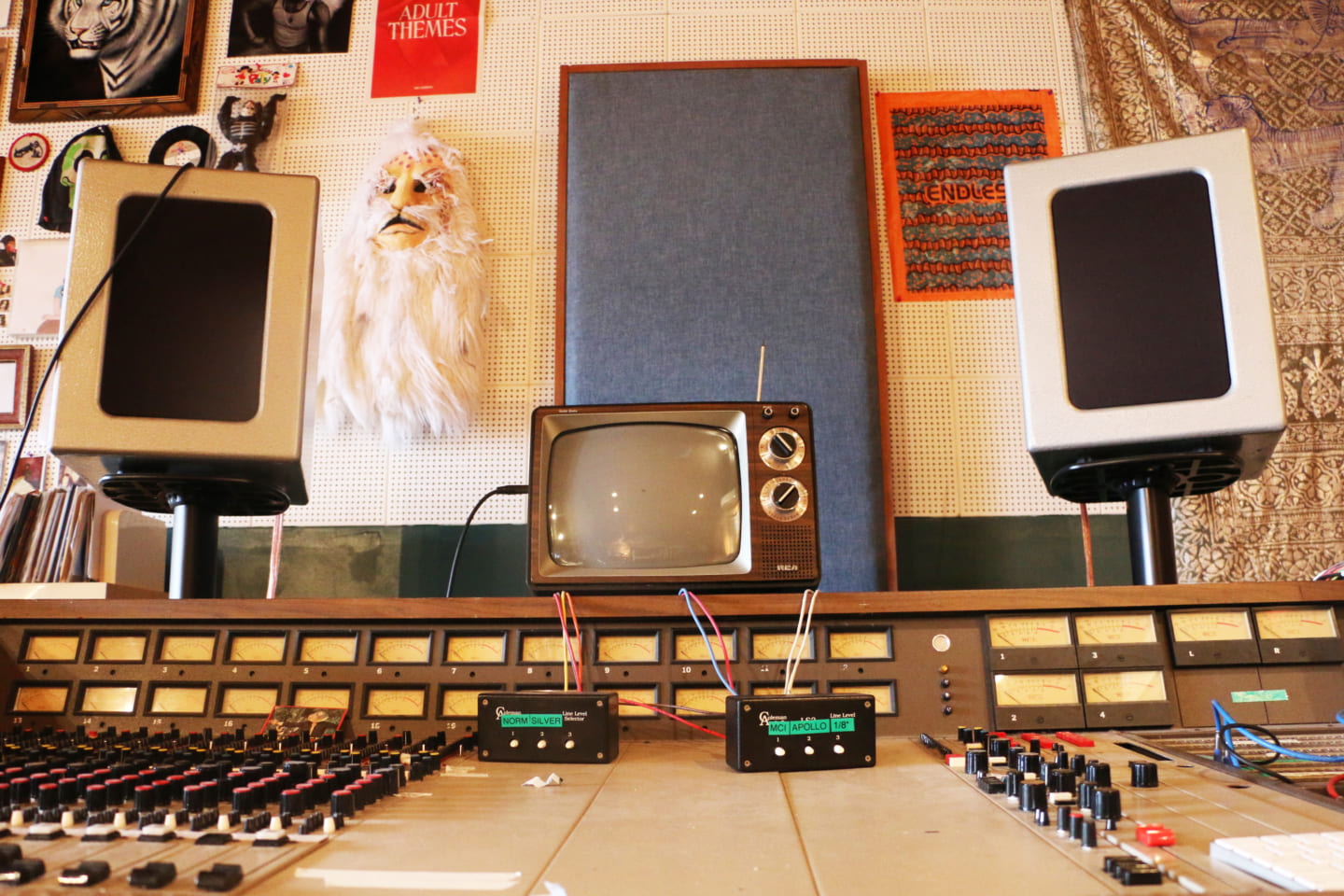 Do you feel like some of this goes back to some of your own early experiences when you first came into the soul and funk scene in New York City? The whole “shitty is pretty” aesthetic with guys like Gabe Roth and [Desco and Soul Fire Records co-founder] Philip Lehman.
I definitely have been thinking a lot about that recently because I’ve been digitizing all these old Soul Fire reels. But yeah, when I listen to these old reels some of the music is just terrible, like actually really bad. But Philip didn’t care. He just wanted to record music. And sometimes he liked the shit that was the worst, like unlistenable. But it’s so cool because it’s also like some punk rock ethos. Just record whatever you’re feeling and put it on a record.

It is funny because at that moment people in the scene were really enamored with lo-fidelity. It wasn’t analogue as warmth but analogue as just raw.
Oh, totally. My other point is especially with those records that we love, like those really deep soul records that you know are incredible and are worth upwards of thousands. Those records were done with guys putting together $150 and renting a studio for an hour and then the mixing engineer who was part of the studio mixed it in five minutes. And that’s part of the story of those records and also why they sound so cool, I think.

Yeah, good to remember as opposed to being overly precious about it.
Oh definitely, absolutely. I think it can also be a bit of a [way to] basically keep people out of the club. Like Abbey Road Studios – all those guys had to wear lab coats and touch the microphones with gloves because this is a special thing that takes a lot of school and a lot of science. Which it does if you want a certain sound. But you can also just plug a mic in and turn up the gain, jam it in a saxophone bell and hear what that sounds like too.

Leon Michels is a multi-instrumentalist and band leader of El Michels Affair. Prolific producer, writer, arranger, and session musician in New York since the late 1990s. Co-Founded Big Crown Records and Truth & Soul, after contributing to releases from Soul Fire and Desco Records. Co-Owner of The Diamond Mine and sole owner of Diamond Mine North.