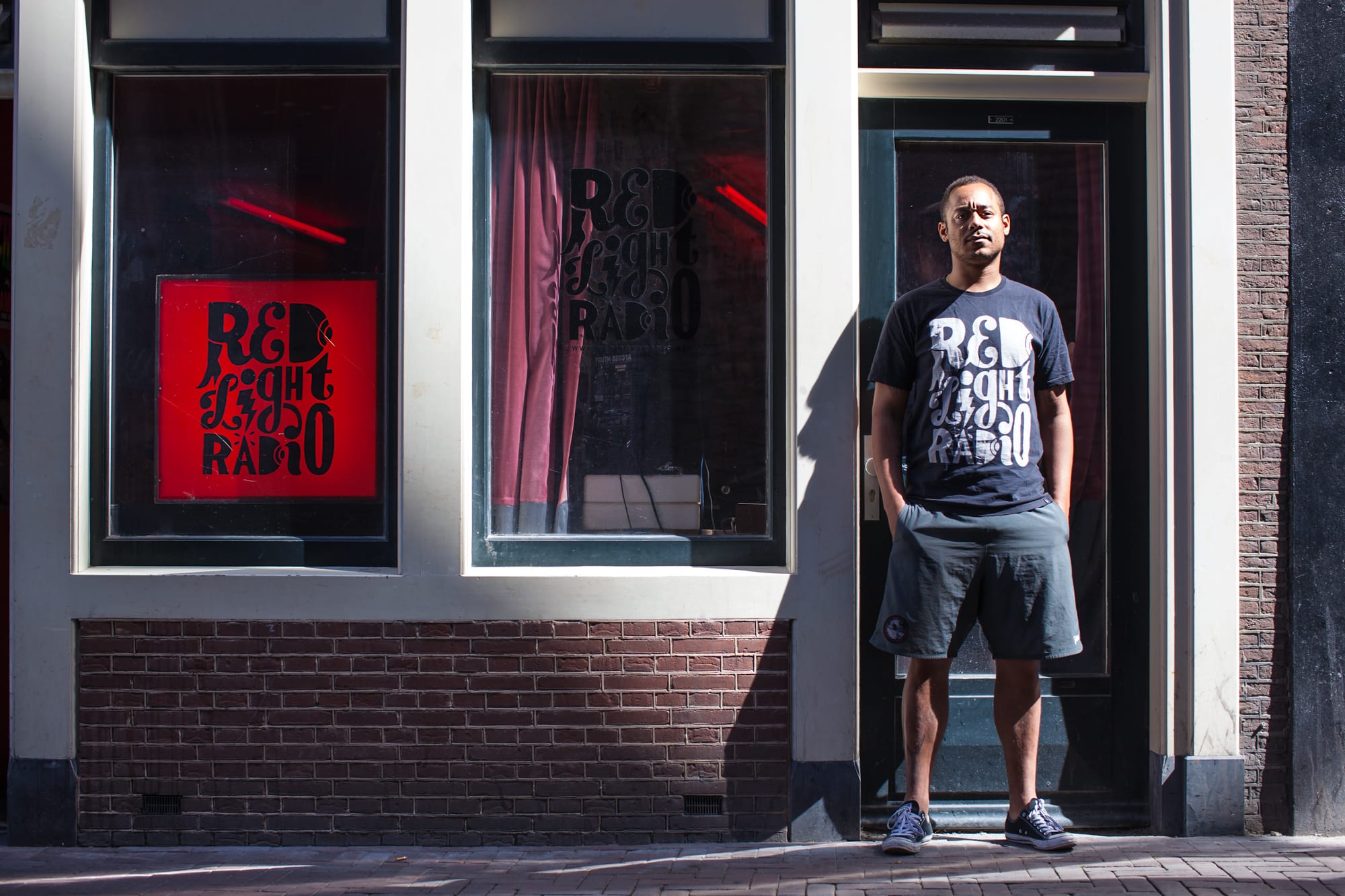 “It’s just people coming into the studio, presenting their selection. The main thing is the love for music and trying to share that, which is nothing new.” Amsterdam-based Red Light Radio co-founder Orpheu The Wizard talks about his love for records, his radio station and music community in the city. 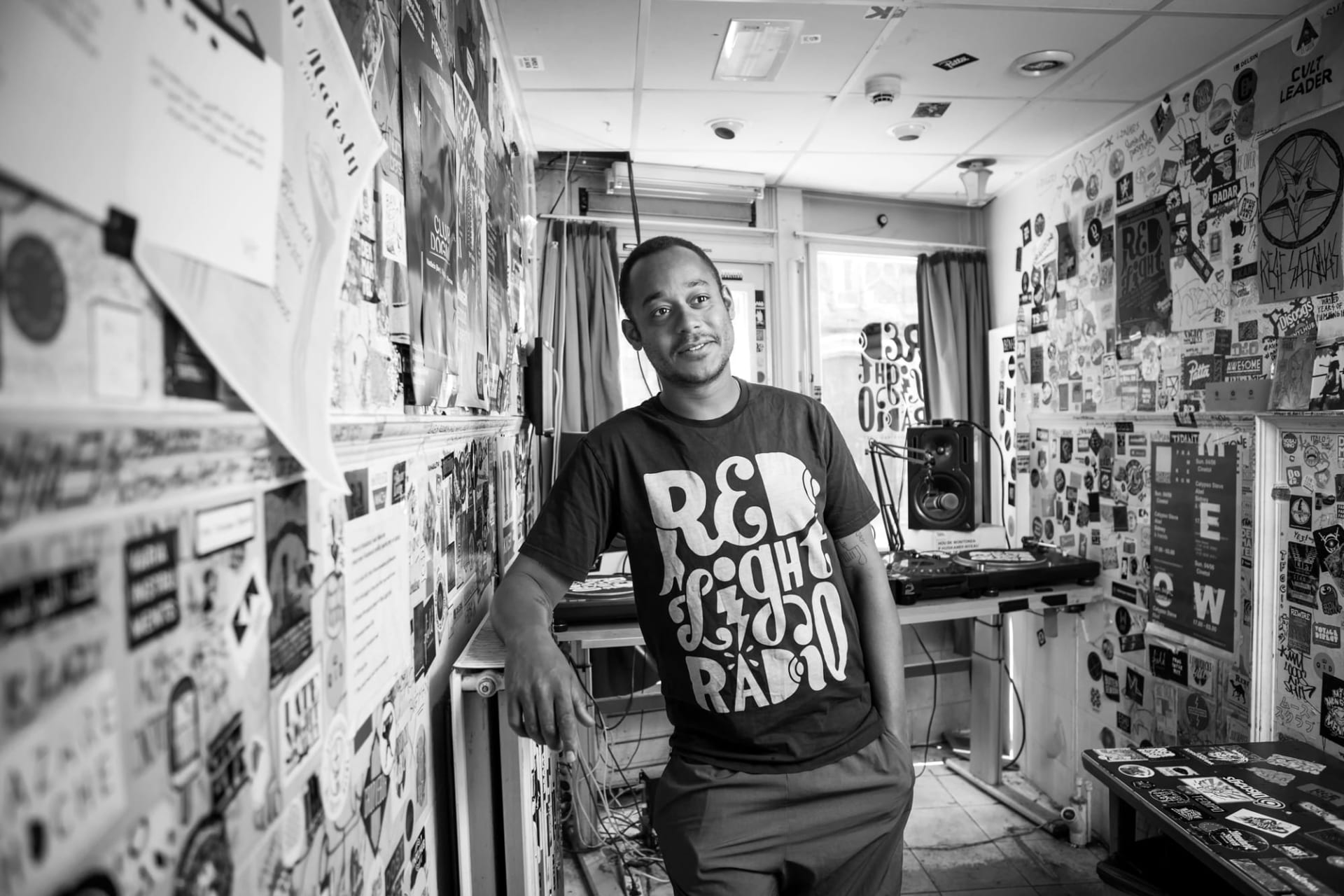 What does analogue mean to you? What’s the first thing that comes to mind when you hear the word analogue?

So a pretty important part of your life, I guess!

For sure! I have lots of records, I like records, I enjoy playing them, so that’s the first thing that comes to mind, but the analogue sound is about a lot more than only records.

Let’s discuss your love affair with vinyl to begin with.

I don’t think it started with the format. It started more with a feeling of being able to discover a lot, getting into music and realising that there’s this endless world of records that have been made and that you don’t know about yet. Starting to dive into that was the main goal for me.

To put this into context, how old are you?

Same as me. We’re the age where CDs existed while we were growing up and other digital formats arrived when we were teenagers – things like MiniDisc players and MP3s – but vinyl was the cheap option around the time we were getting into music. Was that the case for you?

So it was stuff which wasn’t really valued at the time. It was a little bit old-fashioned. A lot of people were getting rid of their vinyl collections and that allowed kids like us to access it.

At what stage did you realise you liked the sound of this stuff? Or the tactile quality, the size of the artwork or whatever else?

That’s a difficult question. I think it was mainly due to DJing. When you begin DJing, you learn about the differences between a file and a record, and you discover that a 12-inch record sounds crazy on a sound system. I think that’s mainly when it kicked in for me: I realised that a 12-inch record is literally a high-fidelity hard copy of the tune you like. 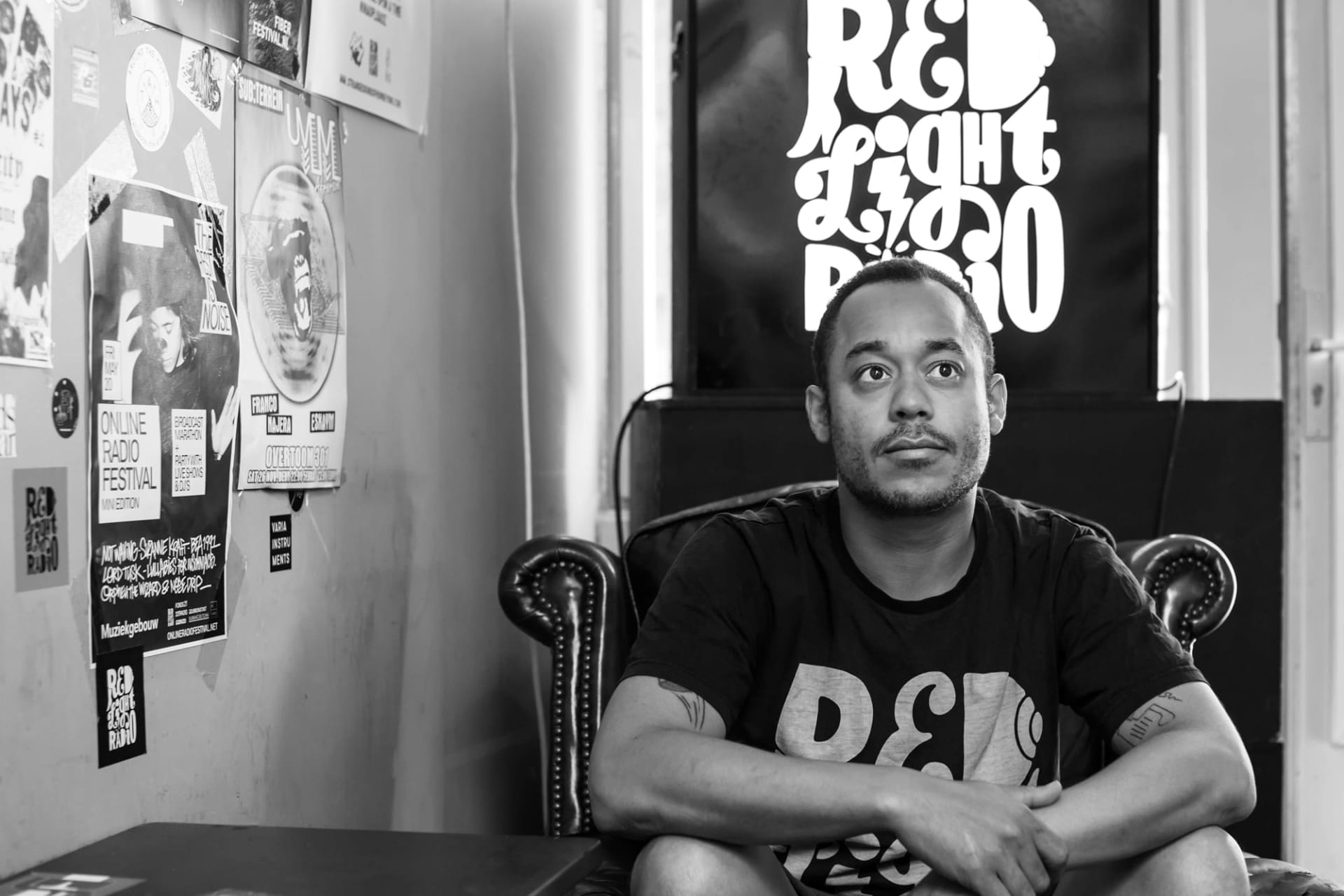 In the early days when you started to dig for vinyl, what kind of music were you digging for?

I started with digging mainly disco, but as a teenager you just buy whatever. I really liked buying breakdance records, and after that psychedelic prog. I gained an interest in dance music and DJing from disco I think.

You mentioned hearing the fidelity of the 12-inch on a sound system. At what point did you start getting into sound systems and that kind of thing?

Not too long ago actually. Around 2008, I went to New York and ended up in this really tiny club called 205 Club on Christie Street. A friend of mine was doing a weekly club night there for 80 people or so, and the whole sound system was a Gary Stewart installation. It was ridiculous, this tiny club had sounds going in three dimensions around you. The tweeter cabinets were in the middle of the room and the mids and lows were laid out around the dancefloor. I remember hearing these records in a way that was an extra experience. I heard certain records and thought, “Whoa, what’s this record?!” but I heard it after and realised it wasn’t that great. It was just the sound system. But it could also be the other way around, like it’s great but you didn’t really hear it.

What about home listening? Do you have an interest in hi-fi sound at home?

I don’t live in a huge house and don’t have a lot of money, so I just have a decent system. It’s nothing special.
In our studio office we have a pair of Klipschorns. They sound amazing, but I think about all the cliche hi-fi stuff where you find a great speaker but then need a better amp and then better cables and so on. That’s the terror now! Some days they sound really great and some days they sound like shit, but it’s fun diving into that.

You’re paying more attention all of a sudden because you’ve got an upgrade to the speaker, so that makes you aware of the other flaws in the system.

Definitely, and also over time you get used to a sound. For instance, when you turn a new pair of headphones or speakers on for the first time you’re like, “What’s this?” but then your ears get used to that particular sound and maybe you get hungry for that moment again? 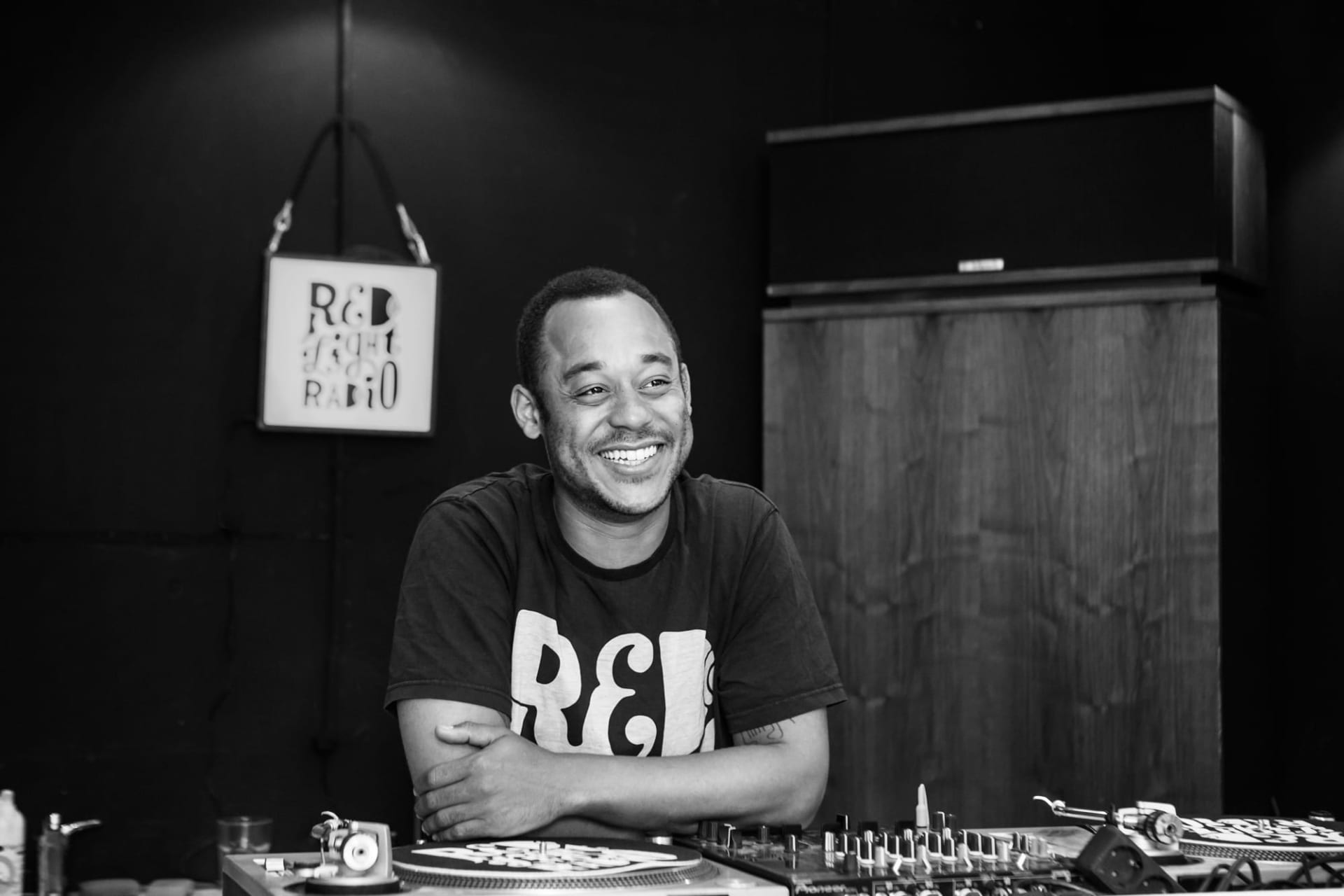 I’d like to talk a bit about Red Light Radio. For those who don’t know the story of that, could you give a little background history?

Sure. Me and my partner Yuko started it six years ago. I was already doing a bit of radio stuff, a weekly radio show which aired on a station in Amsterdam. Yuko was walking around with this idea of starting something by himself, after seeing East Village Radio in New York. We got to talking to each other about it and began thinking it might be interesting to try to set up something like it. At the same time, the neighbourhood we were living in was changing quite a bit because it is the prostitution area, and the city has been trying to reduce the amount of prostitution here for quite a few years, so we saw our chance when the spaces became available – or at least when there was no more prostitution in them. We thought maybe we could take one of the spaces and try something, then it worked out.

Red Light Radio is an online station, so it’s very much digital in a sense. How do you think the analogue and digital worlds complement each other?

Here on the radio we don’t use a lot of analogue gear. There are turntables, CDJs and digital DJ mixers. A lot of stuff goes through the computer and we don’t have big analogue compressors – all that’s digital – but that’s just a practical and financial thing. In terms of how analogue and digital complement each other, I don’t know. I think if you listen to the radio through your computer, it’s not really meant to be hi-fi anyway.

There’s a lot of reasons to be an online station as opposed to an FM station – for licensing reasons, practicality and money and so on – but the bottom line is that it’s more accessible and democratic. It’s a little bit like pirate radio used to be.

It is definitely old-fashioned in some senses. The new thing is that your reach is worldwide because you’re on the web, but yes, for us it’s very old-fashioned. It’s just people coming into the studio, presenting their selection. The main thing is the love for music and trying to share that, which is nothing new.

How much of a community is there around the radio and the record store?

Very much. It’s very much a gathering place for the local scene, but also beyond that I think it’s for DJs and music enthusiasts who travel through Amsterdam or are here for a few days. It’s a really important place for the community.

Plus the online community as well.

Yeah, the community is on a few levels. You have the local, the physical spot, but online for sure as well, and that’s a worldwide community. Listeners, followers and fans are all over the world.

One last question. What’s your most desired analogue item?

For a long time it was a set of Klipsch horns, but I have them now, haha, so I don’t know… That’s a good question, but I don’t know if I can answer it. I guess I’d still like a really really great amp.

What kind are you looking at? I guess with Klipsch you’ve got to be looking at an old 70s American valve amp, right?

Well, that’s one way to go, a McIntosh amp. Or a Mark Levinson amp. That’s the kind of stuff I’m looking for next, but it’s difficult to find! 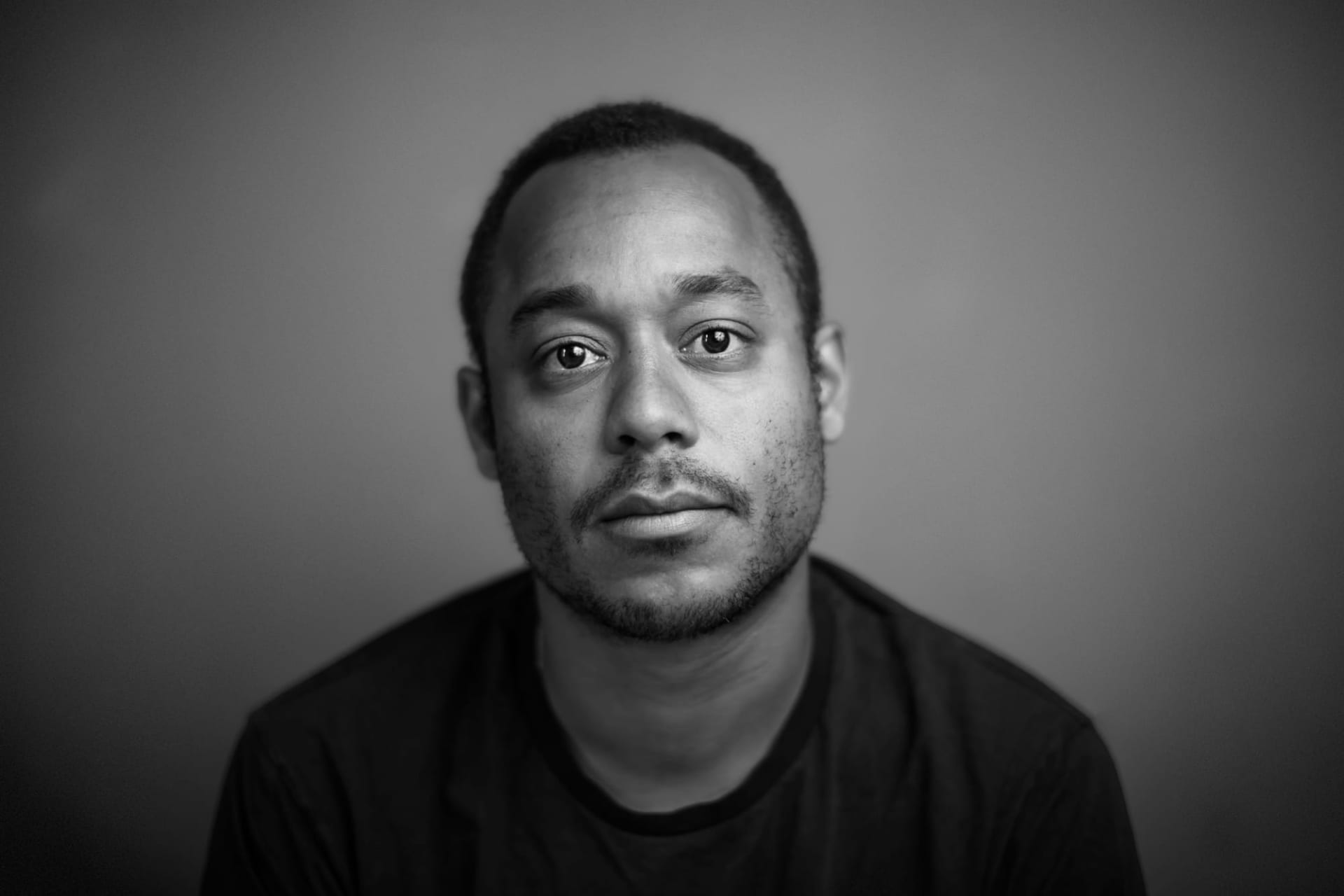 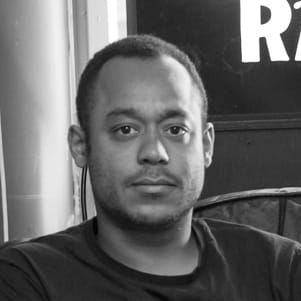 Taking real pride and joy in unearthing and sharing his usually musical treats, Orpheu The Wizard is musically curious and invites his audiences to be so too. As versatile as he is eclectic, you are as likely to be floating in outer space one moment as you are rooted to a beat the next. The man born Orpheu de Jong is a Red Light Radio co-founder celebrated for the breadth and depth of his taste and the passion with which he plays. Closely linked with the acclaimed Dekmantel crew for who he is in house designer, Orpheu is a big but back stage player on his native scene, and is now rightfully making a mark on the wider world.