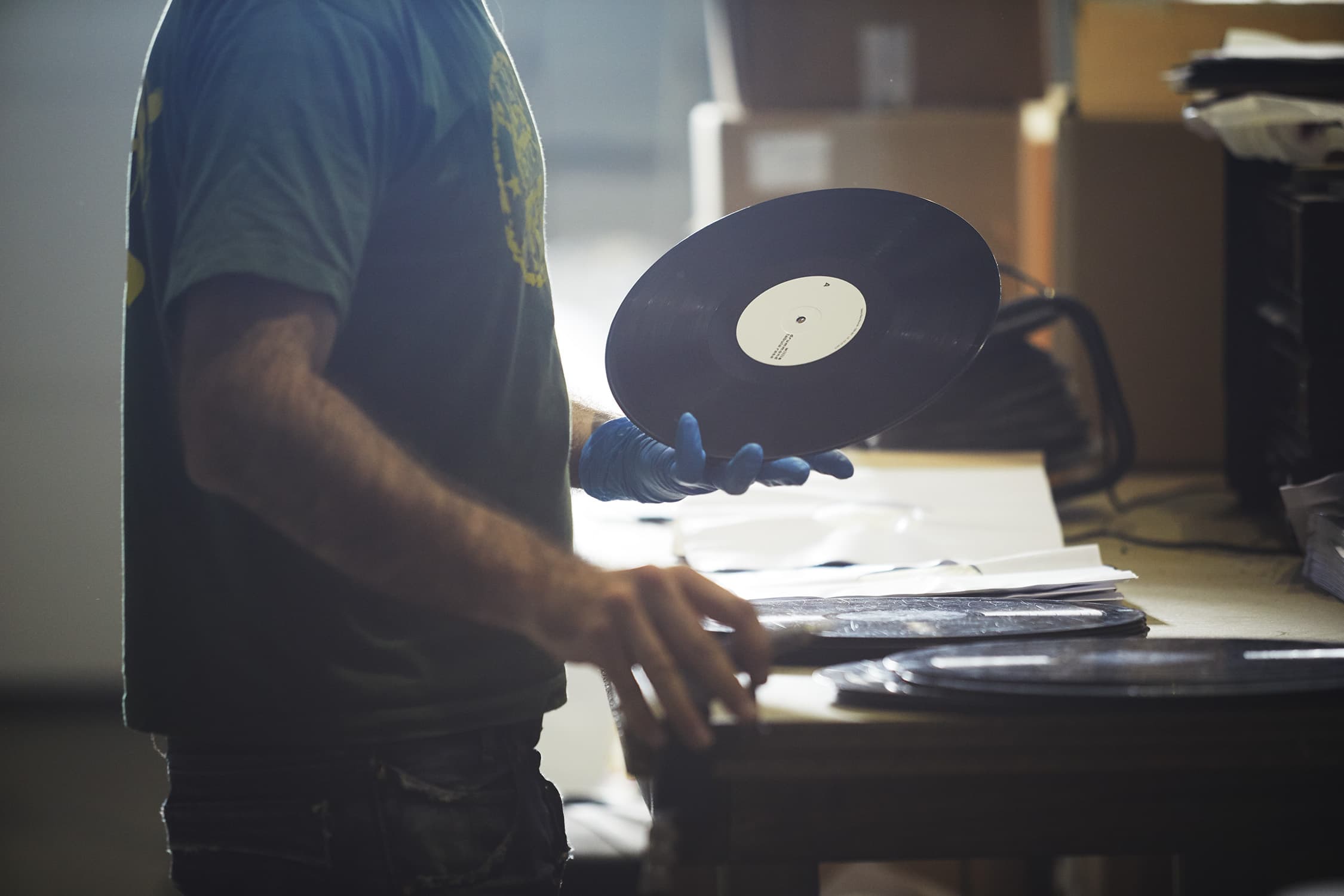 The founders of Spanish vinyl pressing enterprise Kike Pérez and Bernat Fayos talk about their story and love for vinyl. 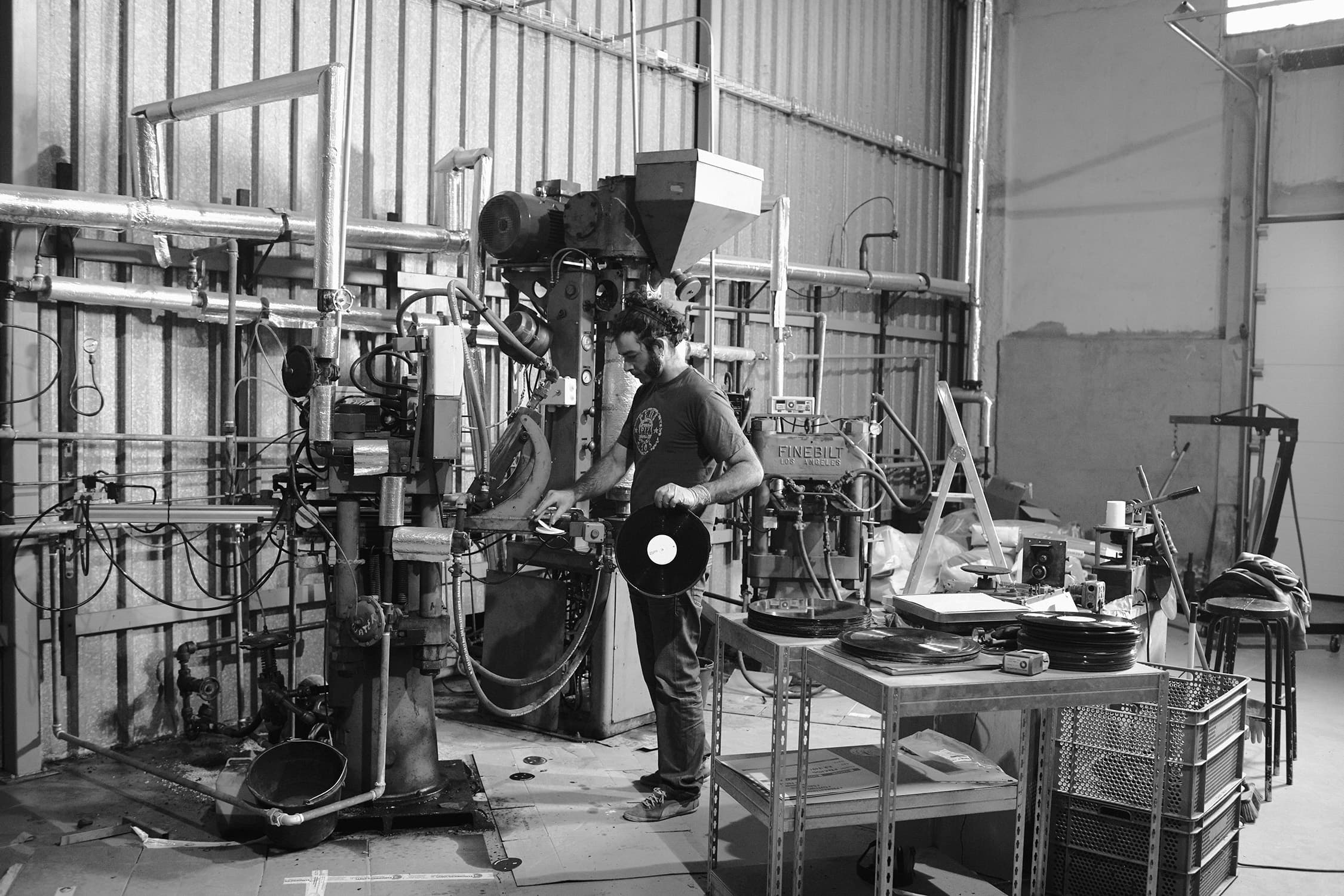 Who is Krakatoa Records?

Krakatoa is a project made up of four people who love music and vinyl records. All three of us partners (Kike, Itziar and Bernat) come from worlds and training far removed from industrial processes, but our passion for music and its vinyl format brings us together. Two of us are also musicians and DJs and we also form part of groups organising concerts and supporting live music. The only person with training and knowledge about the record manufacturing process and the machinery it requires is Radomir, our maintenance technician.

When did you decide to set up a vinyl pressing factory?

It started off as a joke, in a conversation after the third beer, imagining how we would love to press records… And finally Kike got serious about it and started to look into it. The rest of us signed up for the project right away, and here we are now!

On your website, you say that what moves you is your passion for music and for the physical vinyl format. Why this format and not some other?

The vinyl format has several dimensions. In addition to the technical issues regarding sound and sound quality, vinyl records have something that is missing in all other physical formats, like CDs and cassettes, not to mention non-physical ones, of course. The size of the records grants the artwork a much greater artistic touch, in addition to the magic of putting the needle in contact with the grooves… You can listen to a vinyl record without music equipment. You only have to get close to hear the music! As for non-physical formats, we think that you cannot compare a music collection on a shelf, which you can see and touch, with a computer file. The process of acquiring a particular album, visiting stores, talking to other people about where to find a certain record… all these things are lost with non-physical formats.
In any case, our advocacy for vinyl should not be taken as any disrespect for other formats, since we understand that each has its advantages. For example, non-physical digital formats provide access to music that was not possible before. We think this is a very positive thing, just like how convenient it is to transport and how versatile it is when it is played. 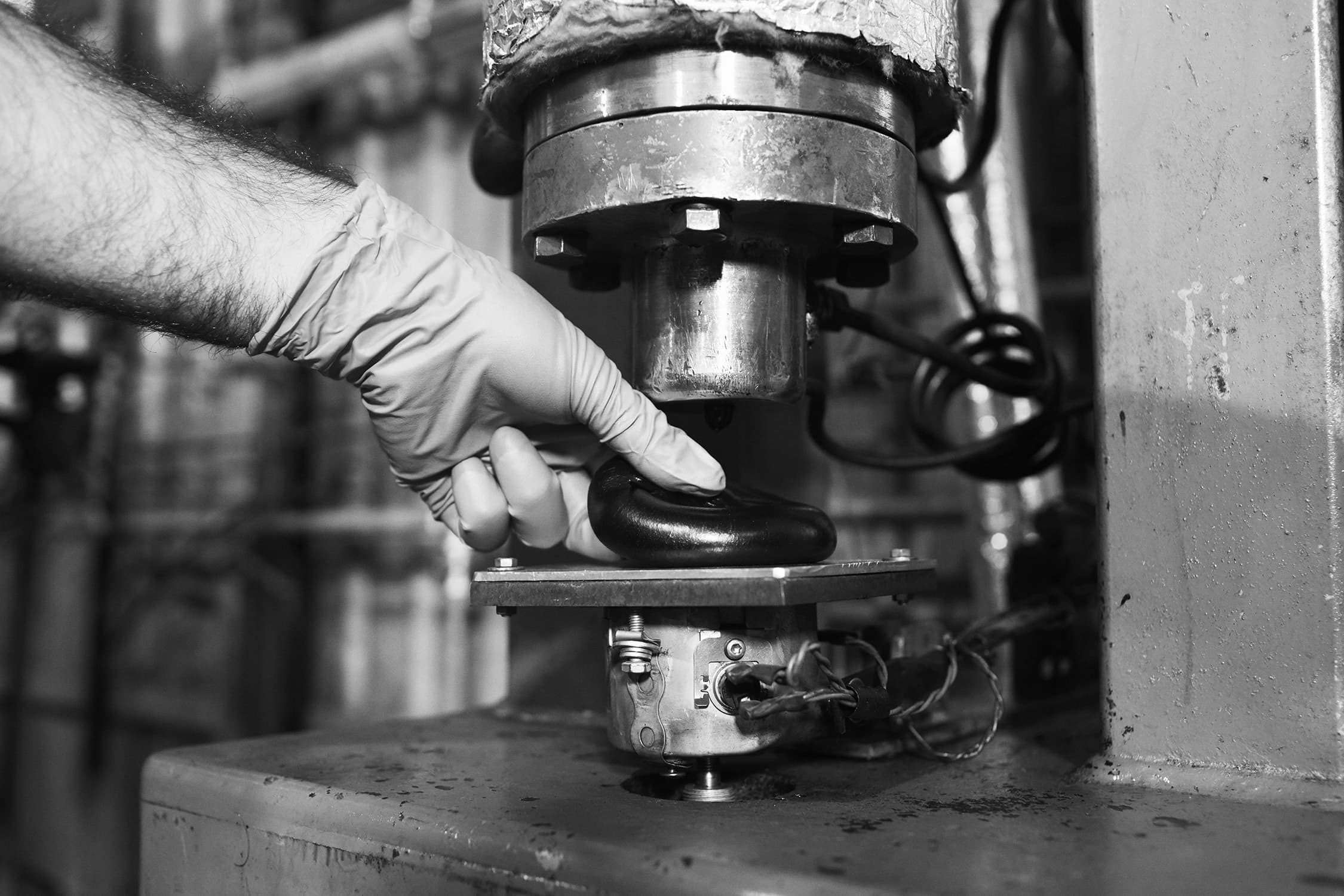 How is a vinyl record manufactured? Could you explain the process in simple steps so that everyone who does not know can understand?

Vinyl records are manufactured in three steps: cutting or mastering on vinyl, galvanisation and pressing. The first step consists of transferring the music from the original file proceeding from the studio (which may be in digital or analogue format) to an initial record called the lacquer or acetate. The vibration produced by the heads in the needle or stylus creates a groove containing the sound information, so that when you pass a magnetic needle over it, the information is played back.
Once the first step is finished, the second is to transform this first copy into a mould called a stamper, which contains the negative of the groove. This is a complex and delicate galvanising process. Once we have the stamper, it should be centred, trimmed and shaped to fit the moulds of the presses, where the copies are made in pieces of vinyl. The pressing process requires a heating system (usually by steam), a cooling system and a hydraulic circuit to exert the necessary pressure on the presses. 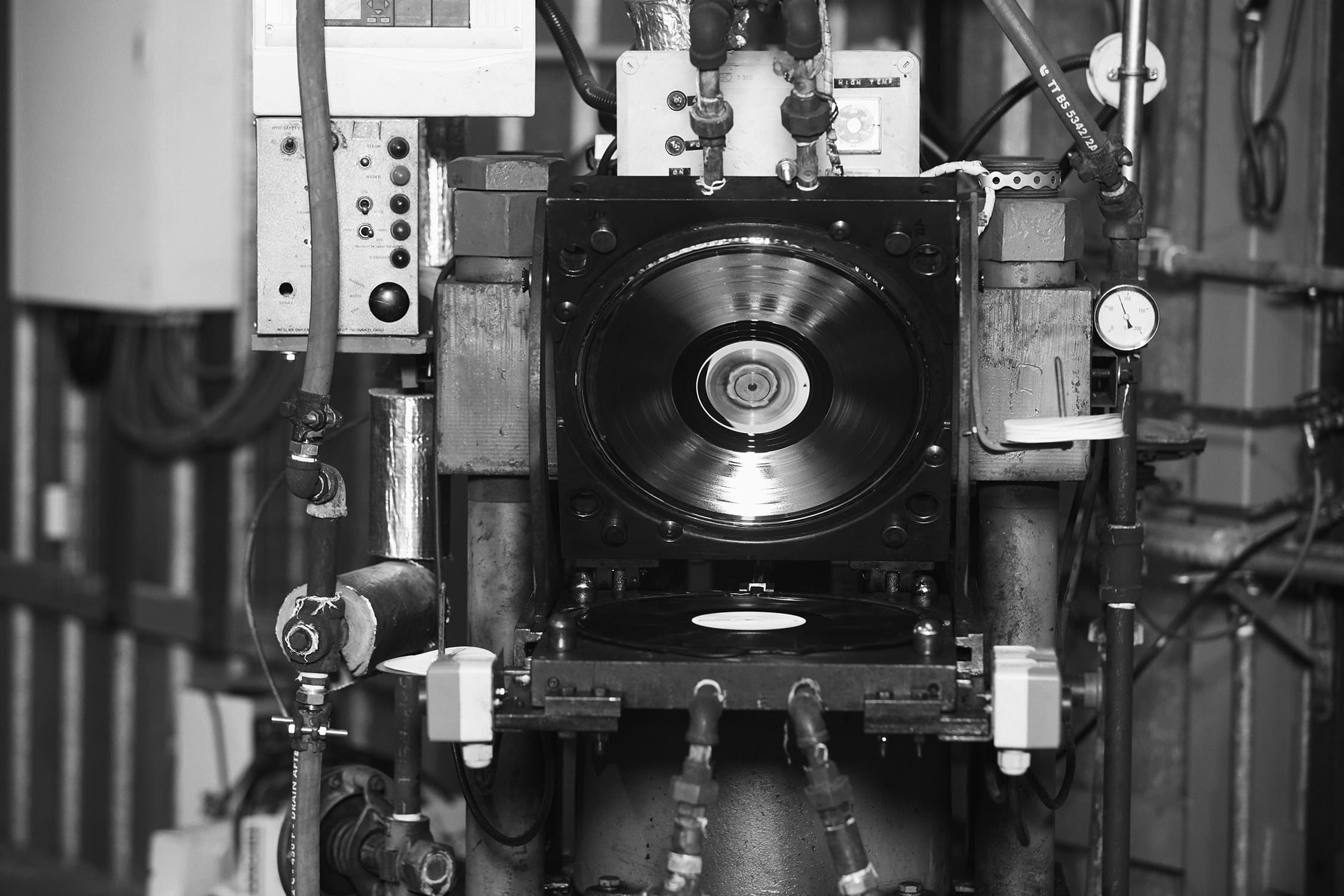 Why do you think that all the factories closed down in Spain? Is there not (or was there not) enough demand?

We think that the CD boom in the mid-1990s continued to develop until it pushed aside both the cassette and vinyl. We assume that the demand for these physical formats dropped to the point where the companies were transformed to produce CDs almost exclusively and ended up getting rid of the machinery to produce vinyl records. In fact, we know that many ended up in the scrap heap.

How is the demand these days?

Vinyl is currently experiencing a major boom and more and more labels and groups are looking to release their work in this format. In fact, many independent labels and small record companies never gave it up. The large factories are saturated with work, since major record companies are taking up all their production to date.

Who seeks you out? Just independent labels, or also major record companies? Do you also work for people from outside Spain?

The people who contact us are usually from independent labels or self-publishing groups, both from Spain and from abroad, although mostly within the Iberian Peninsula. Like we said previously, the major record companies work with large factories, since they have a much greater productive capacity and often achieve really good prices due to the volume of the work they order.

Roughly how long does it take to complete the process?

It currently takes us approximately 12 weeks. 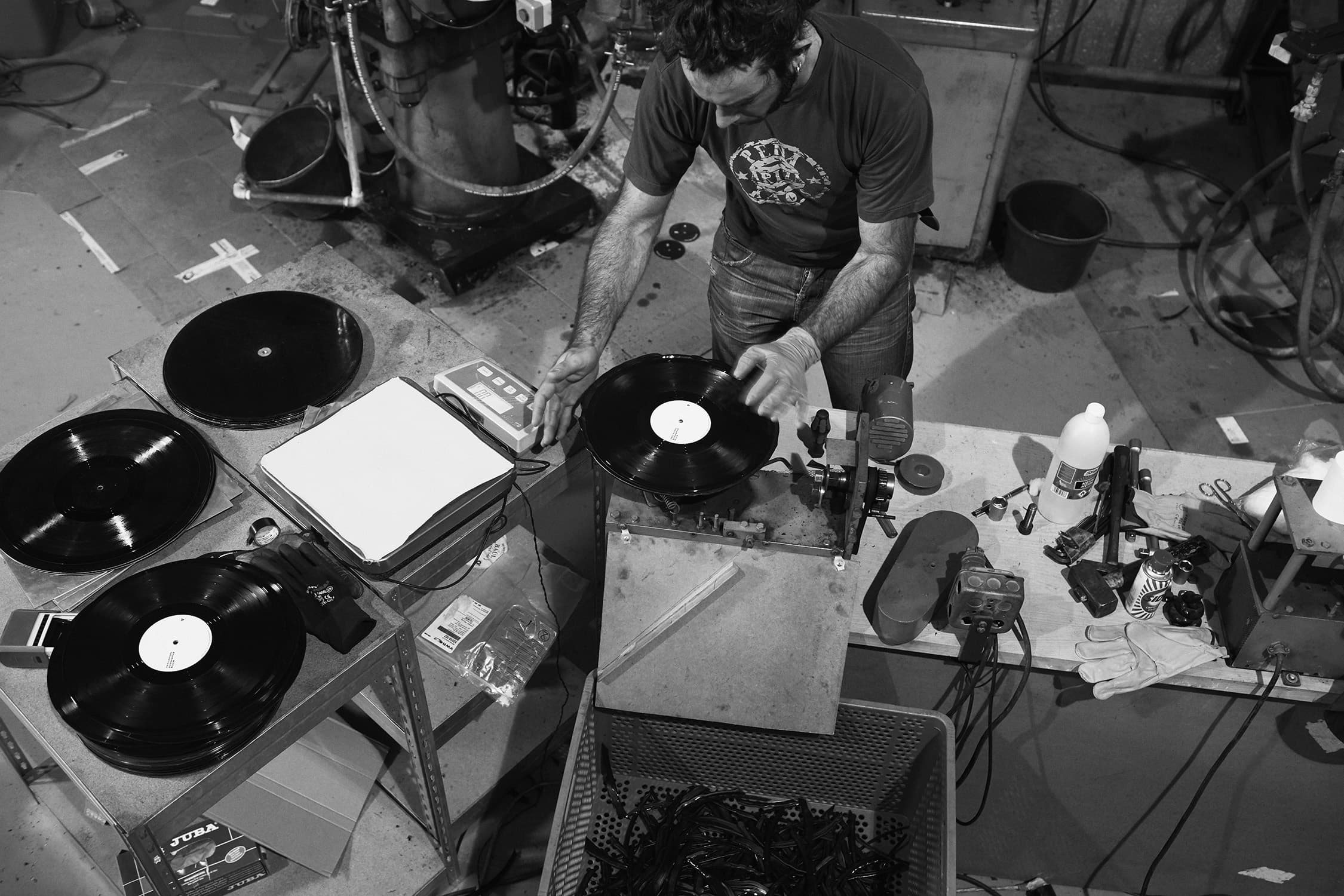 In your opinion, why has vinyl outlasted so many other formats (CD, MP3, streaming, etc)?

What we said before… in addition to the quality of the sound, it is almost an aesthetic/artistic issue. You cannot compare pressing a button and downloading a tonne of music (which you may never listen to in your life) with buying records one at a time, in a store, at a live concert, at a flea market, etc. The experience is very different, in the same way that the space that the collection occupies is integrated into our home, where it can be heard, seen and touched. This doesn’t happen with other formats, which are fine, but lack such magic.

Do you think vinyl is truly back in fashion, or is that just a media invention?

We think that it is real. The sale and production of vinyl records are growing year after year, while those of CDs are declining. Even so, we do not know if being fashionable is good for vinyl or not, because fashions have one characteristic in common: they fade. In any case, there are many people who never gave up the format and will continue with it after the trend has passed on because it has features that make it irreplaceable. If there are more people preferring this format after the fashion fades, we will know that it has contributed to the cause! 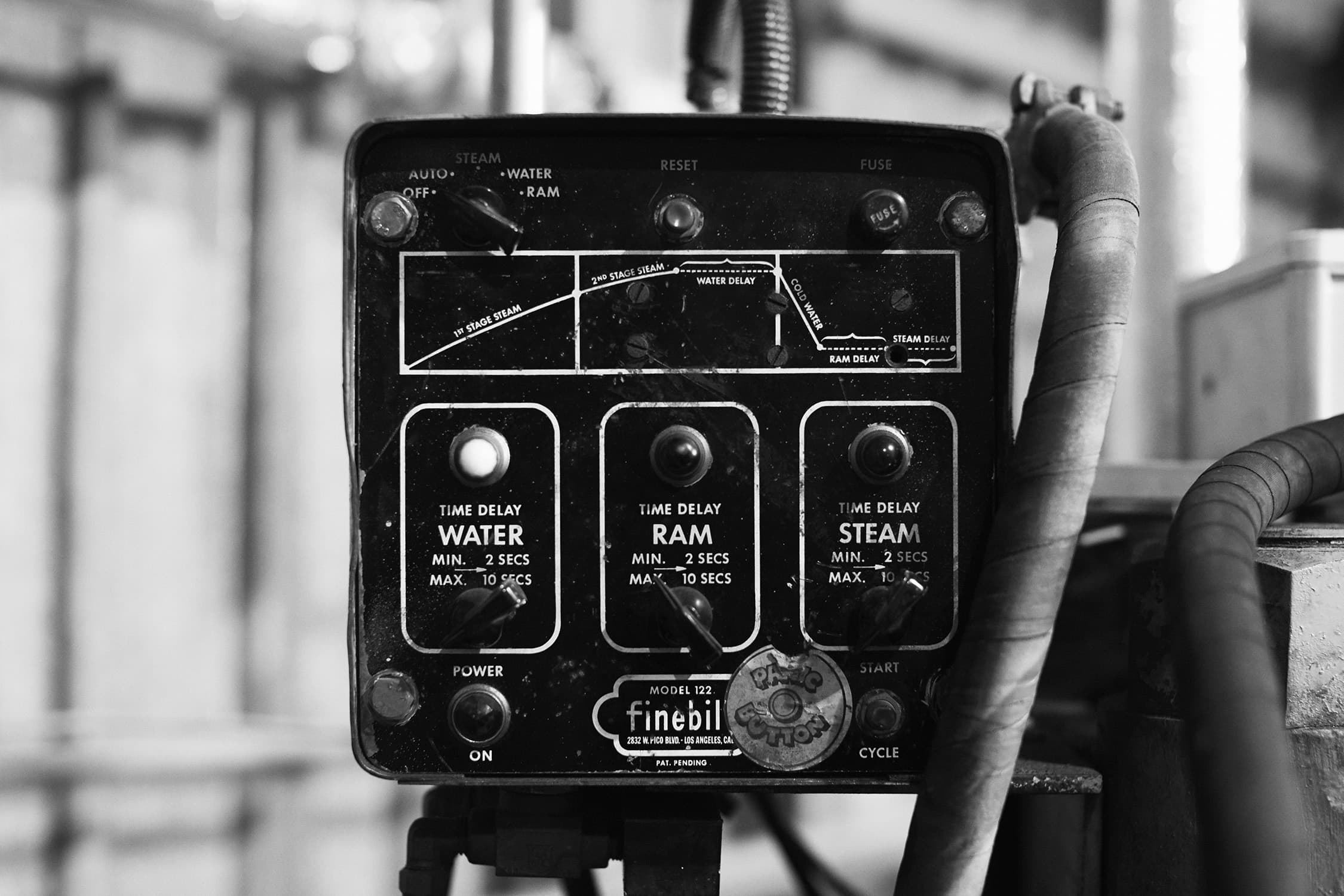 In addition to running a vinyl plant, you have been involved in music for years as instrumentalists and DJs and by participating in labels, distributors and groups that organise concerts. How would you assess the music situation in Spain? What does it need to take off for good and reach the level of other European countries?

Wow, that’s a good question… It is something we ask ourselves constantly, although unfortunately we don’t have an answer. We suppose that what is missing is a political will for music, and not just music, but also other artistic or cultural disciplines, to develop and grow. Making a living off music is very difficult these days and the institutions do not help much, limiting and restricting spaces for it, like concert halls, pubs, cultural associations and rehearsal venues. We hope to contribute where we can to bring on better times.

With what other materials can you make a record, aside from vinyl? In the talk that we had a few days ago in Barcelona, Marcos Juandó showed us a record made of chocolate…

Yes, we know about the chocolate record, and we have also read about tests they are doing with biodegradable material (shells from shellfish, for example), the ashes of dead people and even phonograph cylinders scratched onto beer bottles.

That’s a hard question to answer… For us, it would be the most faithful way to capture the sound and reproduce it (in our case, since it may be applied to other arts). It would be that feeling of warmth and depth that you notice when you listen to a record recorded on tape, when you play a vinyl record. In brief, when the sound grabs hold of you in a special way. 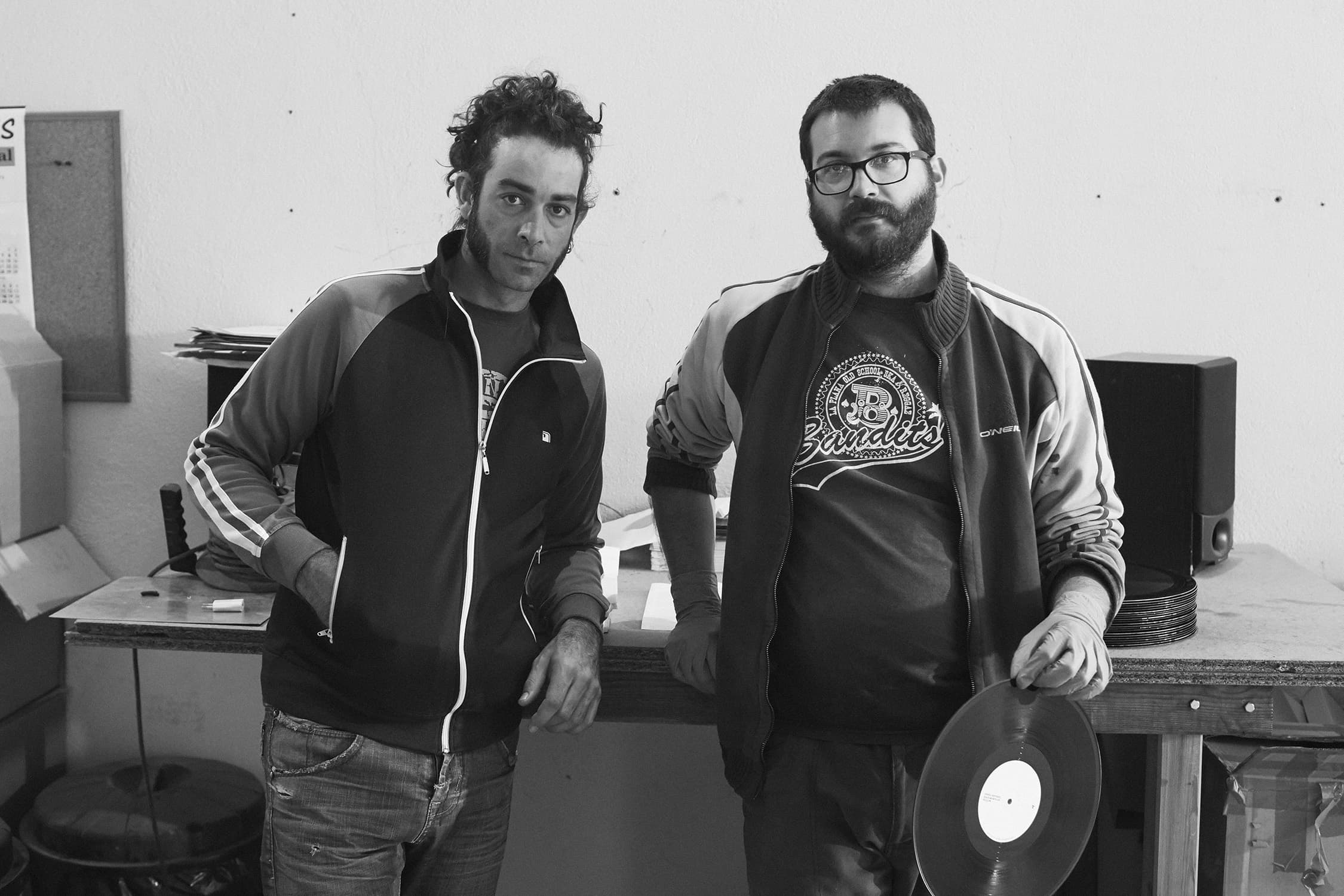 KRAKATOA RECORDS is a project born from the passion for music and, more specifically, for its most extended and revered physical analog format: the vinyl record.