“I’ve always been fascinated with the very format of vinyl – its warm sound, its fragile nature and its history.” One of the original members of La Mamie’s, Théo Top talks about his early days and his stance to his party. 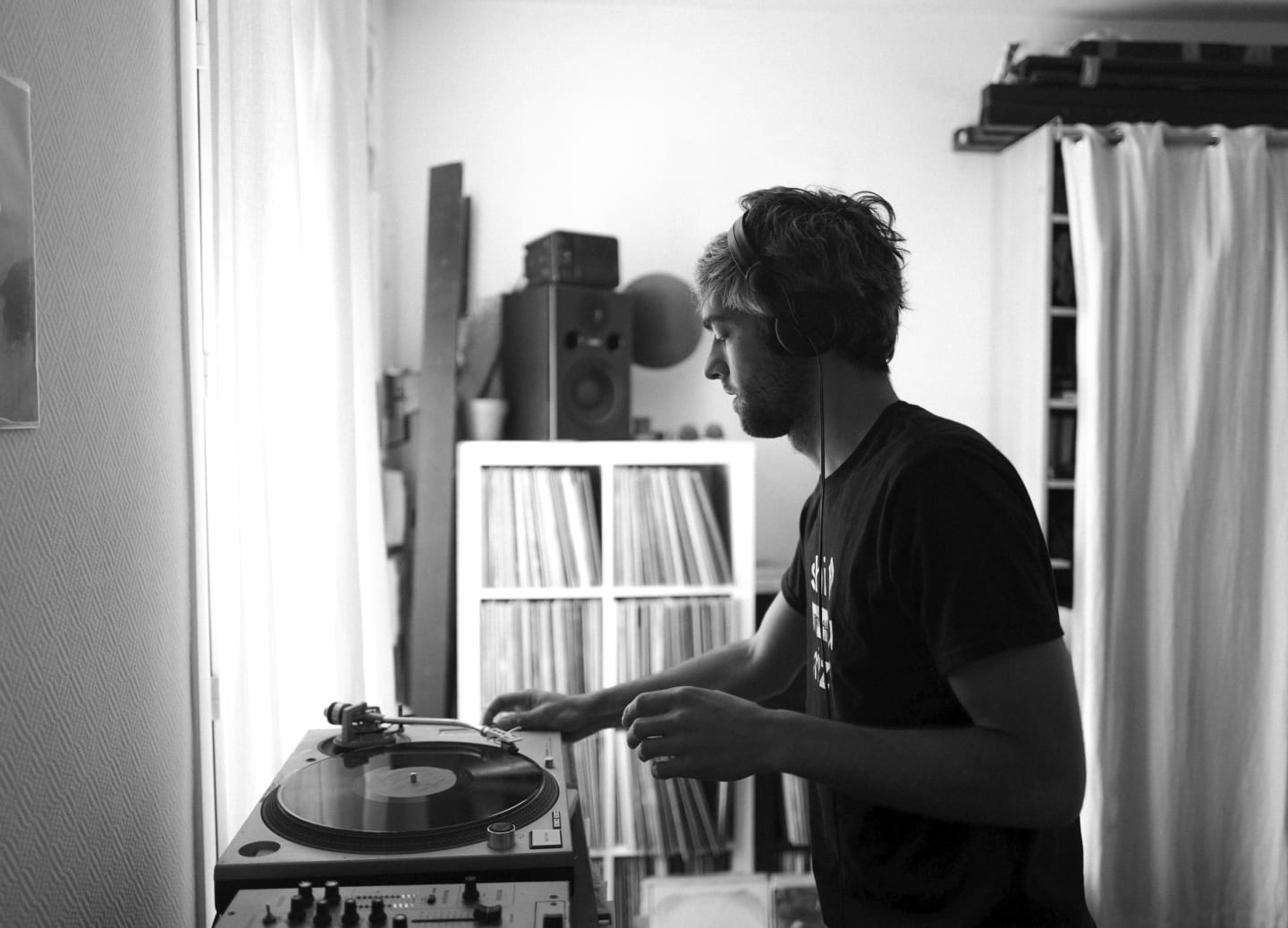 How did you start DJing?

About ten years ago, my cousin called me up because he was moving and was running out of space in his basement. There were two turntables and a whole bunch of records down there, so I took them home and started experimenting with mixing all these records that I didn’t even know. I would grab two at random and try tirelessly to beat match and crossfade one into the other. Eventually, I got the hang of it, and two months later, I went into my first record shop (My Electro Kitchen on rue Quincampoix) and bought the first of a large collection of vinyl records.

How did you make your way to playing in public?

I was one of those teenagers who looked a bit older, so I would be allowed in clubs – and I took advantage of that quite a bit. So, going out to all those clubs, I would meet like-minded kids my age who were also getting into vinyl mixing, which was somewhat rare at the time. Some of us started having sessions at each other’s places.
I would spend a lot of time with Antoine Clouclou, practicing at his house. I would finish school, grab my records from home, and then I’d go over to mix records until it was time to catch the last Métro so I could make it back to class the next morning. He and his friends were already throwing parties in this abandoned house in Montrouge, and he invited me to play records one night. That’s when I met the rest of my future Mamie’s family.

The Mamie’s turns 10 this year. Can you tell me how the collective came about?

The original parties in Montrouge started getting really popular through word of mouth, and we eventually had to stop having them there because the house could no longer safely accommodate that many people. So, we looked to Paris, where we started playing around the little bars. We eventually met Roger des Prés, who runs La Ferme du Bonheur, which is this non-profit farm and cultural center complete with a vegetable garden, animals and a barn, just a stone’s throw from the projects in Nanterre. We threw a few smaller parties there, which again got bigger and bigger and grew our reputation in the Parisian scene. That’s how we collaborated with the Cracki label on putting on the Macki Music Festival, which will be held for the fourth time this coming July. 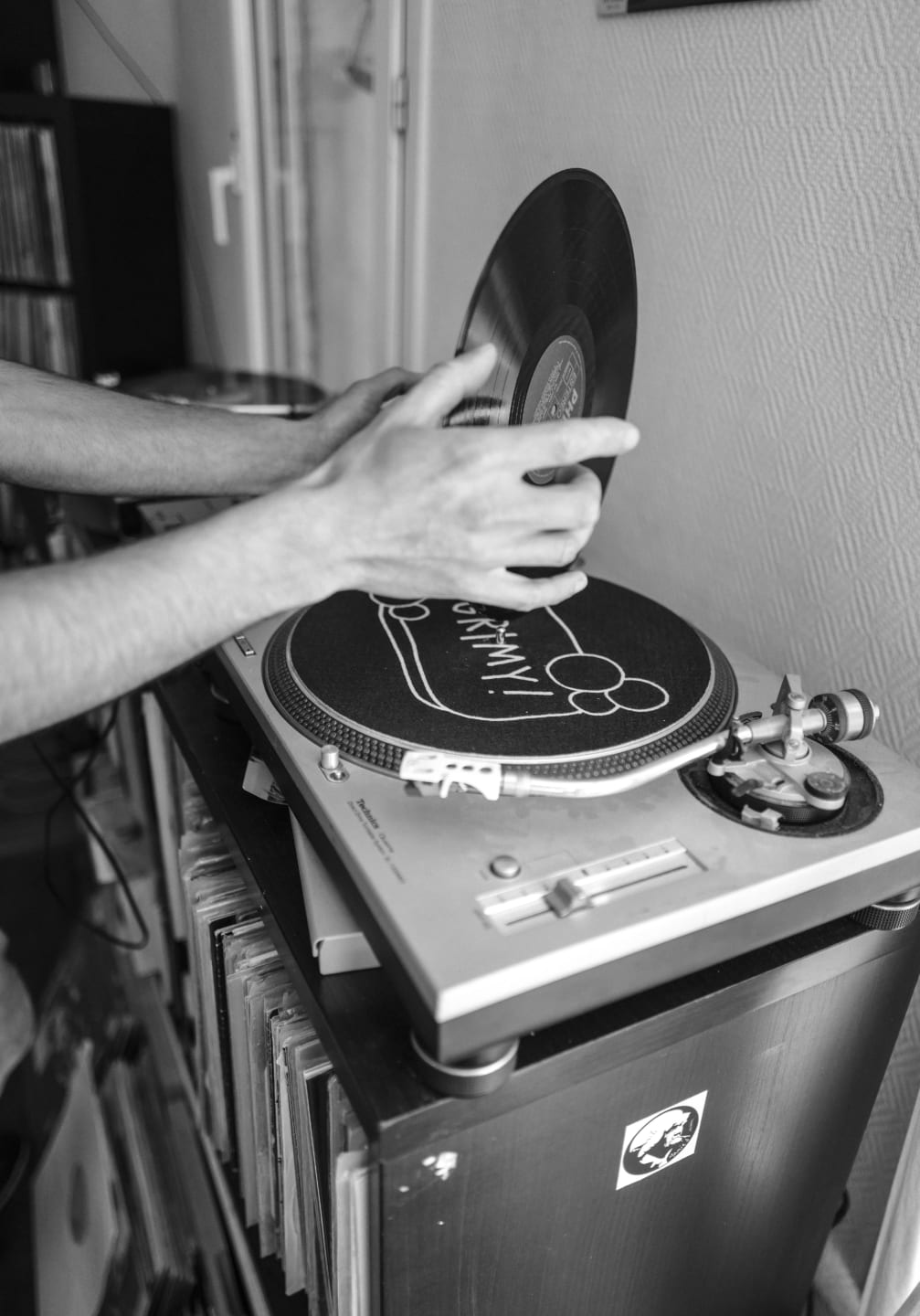 Why did you decide to stick to vinyl?

I’ve always been fascinated with the very format of vinyl – its warm sound, its fragile nature and its history. Just looking at the progression in vinyl sales over the last five years, I’m obviously not alone: more and more people are buying vinyl, even if they don’t even have a turntable! And with music becoming more and more digital, vinyl provides an interesting counterpoint.
Downloading or streaming a track or an album isn’t as satisfying as buying it on this artefact that you can hold, with liner notes that tell you who played on the record, who produced such and such track, etc. And besides sounding slightly better than a YouTube rip, music files provide little added value, so if you’re going to spend money on a download, you might as well get a real object out of it.

Are you guys hostile to other formats?

All of us Mamie’s DJs played 100% vinyl for a long time, but when we started touring around Asia, we had to adopt CDJs. We had a lot of bookings, and bringing all of the records we needed was a real logistical hurdle.
Vinyl is pretty inconvenient when you think about it: it’s fragile, heavy and expensive. That, and a lot of clubs are poorly equipped for vinyl. The new systems have really revolutionized the art of DJing overall: DJs can go on a world tour with their entire music collection on two thumb drives.

From a technical point of view, what effect does playing vinyl have on throwing your parties?

The vast majority of clubs still have turntables, but they’re rarely set up properly: often the anti-skating will be too high, or the plug for the arm is dirty, or the motors are tired, not to mention problems with rumble, and especially all those rickety tables that make the needle skip just by looking at it.
Every time we put on an event, we take great pride in providing new or just-refurbished turntables on top of a shock-absorbent setup, to avoid any interference between the gear and the DJ. We also take the time to properly calibrate the PA that our guests will be playing on. 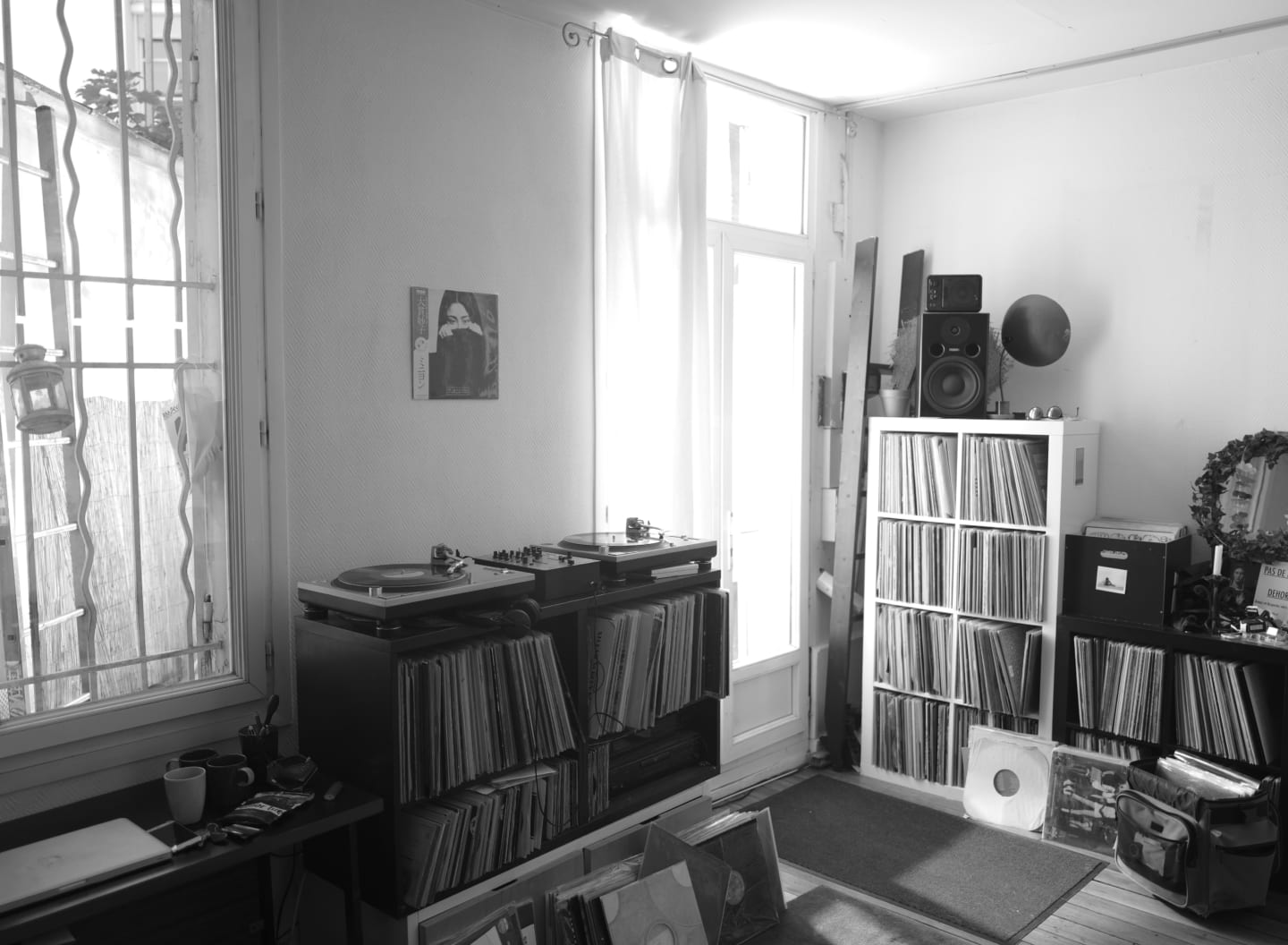 You also seem quite fond of the DJR400. What led you to use this mixer? What about it do you like the most?

This completely analogue mixer, designed by Jérôme Barbé, brings a very unique colour to the music. It’s quite bass-heavy, it has a warm sound and very powerful EQs. It allows for swift crossfading and it can make records that aren’t originally dancefloor-ready sound great, which is quite convenient for tracks that don’t have a steady BPM. The DJR is a very malleable and versatile mixer that DJ Deep, Theo Parrish and Antal, for example, all use in their own totally different ways.

Do you think that this attachment to vinyl, and more generally to sound quality, has an effect on your audience?

The feedback has always been good so far, but I don’t think that has anything to do with formats specifically. [In the club,] it’s hard to tell the difference between analogue and digital sound, so as far as our audience is concerned, it’s the theatricality of playing vinyl that makes a difference. It’s much more interesting to watch a DJ spin actual records than MP3s. Even though Serato more or less allows you to do all the same tricks, the DJ is still just scrolling through a screen to find his tracks, instead of flipping through his crates. 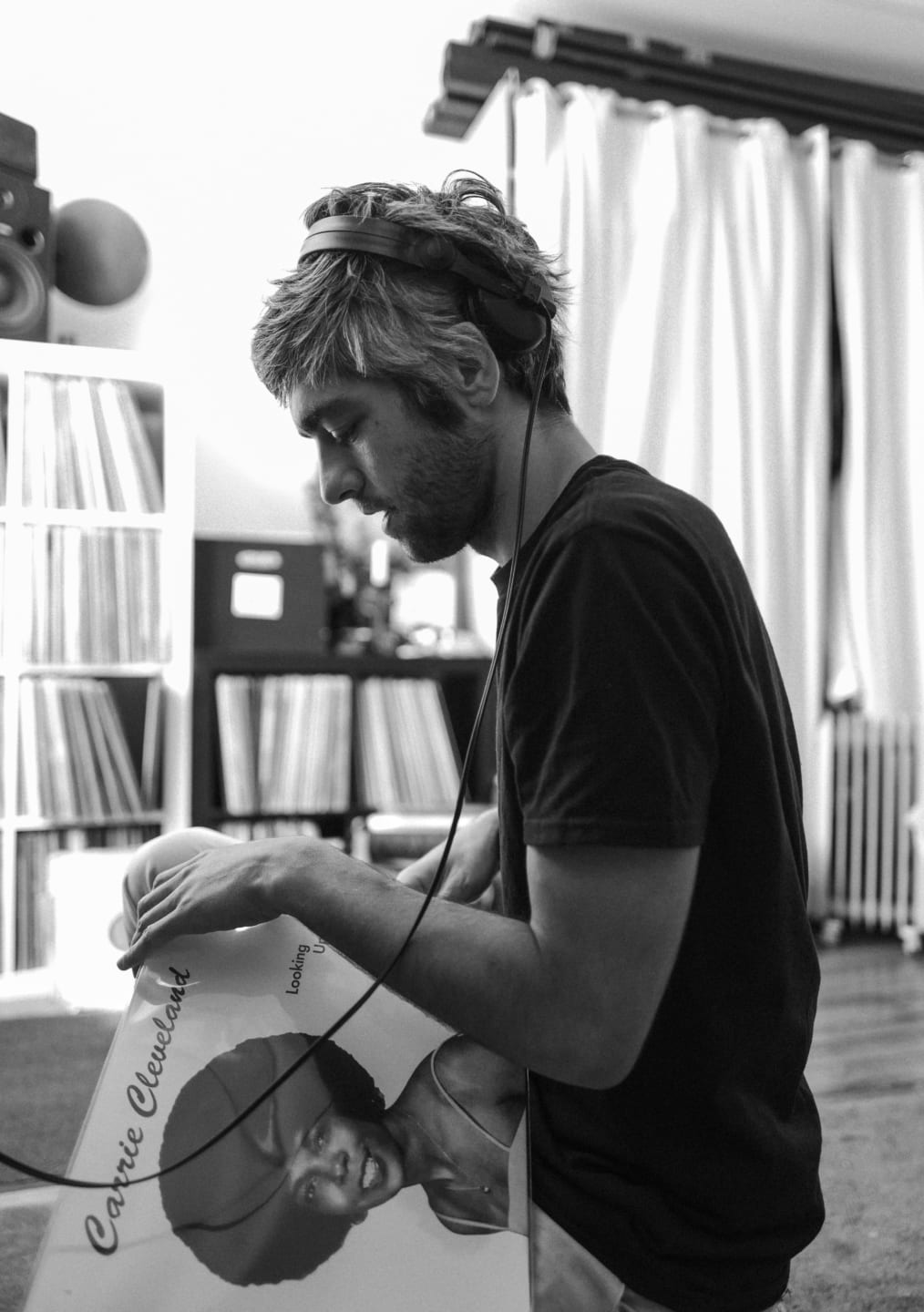 What’s your definition of good sound?

My definition of good sound is when all the instruments can be isolated and spatialized, while still coming together in a coherent whole. It’s sound that, even at low volumes, renders all of the nuances in the music and doesn’t tire out your ears during long listening sessions.
We often forget that sound can be relatively low while still sounding great. I remember being at Brilliant Corners in London and hearing a version of Herbie Hancock’s “I Thought It Was You” which only came out in Japan and was recorded using direct-to-disc recording, meaning straight to the disc master. You didn’t need to crank the volume up to hear all of the nuances in the piece.

What do you think of when you hear the word “analogue”?

The word analogue, to me, evokes a different relation to time. A digital approach allows you to go back and modify a track infinitely, from the recording phase all the way to mixing and playing. But when you play vinyl, you can’t loop the same bar endlessly. You have to mix the next track in before the end of the record, which requires you to be quick. Conversely, listening to vinyl also means taking your time: to put a record on the turntable, and then listen to the whole album while reading the liner notes is always a nice moment, especially in this current zeitgeist where everything is constantly speeding up. 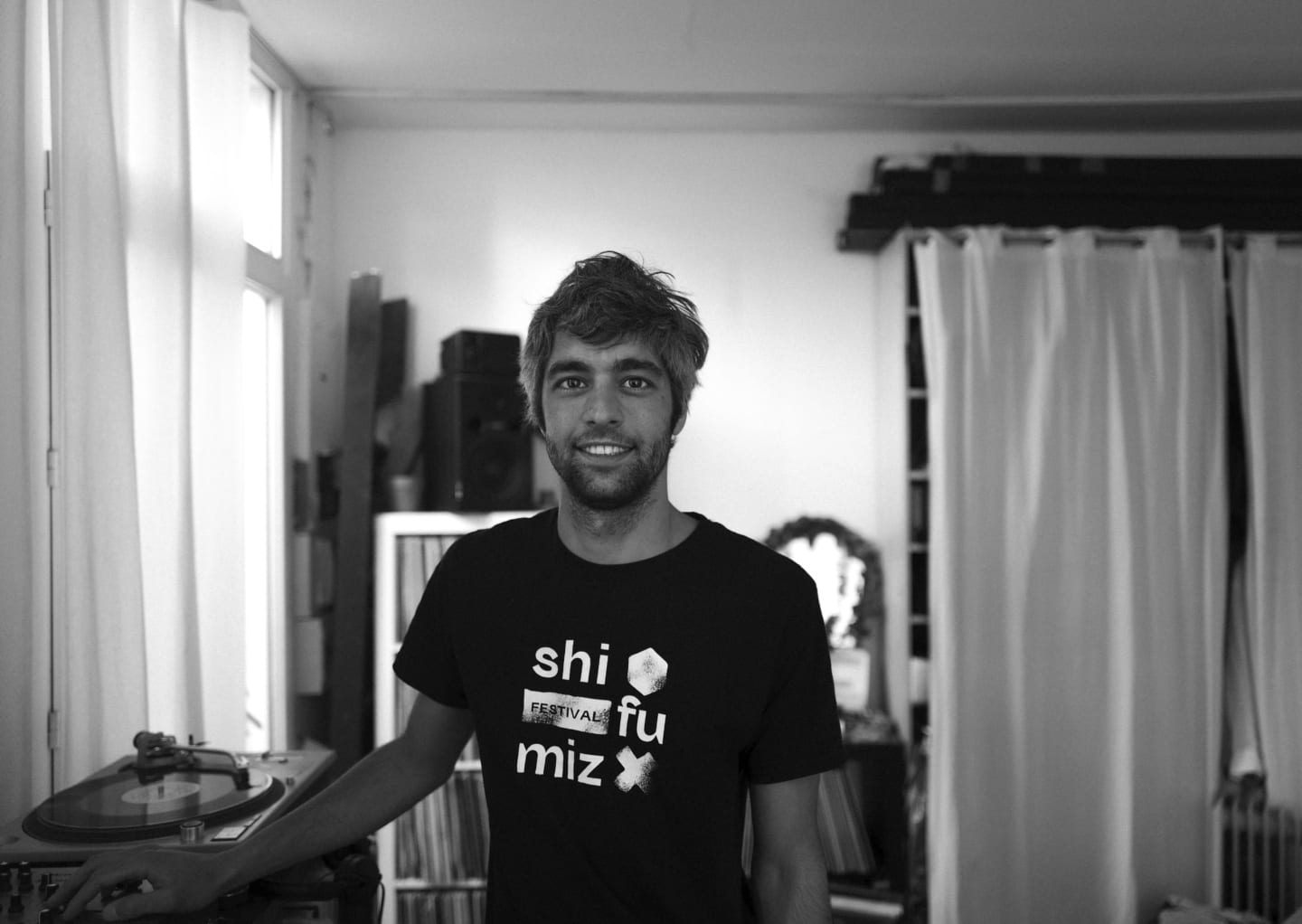 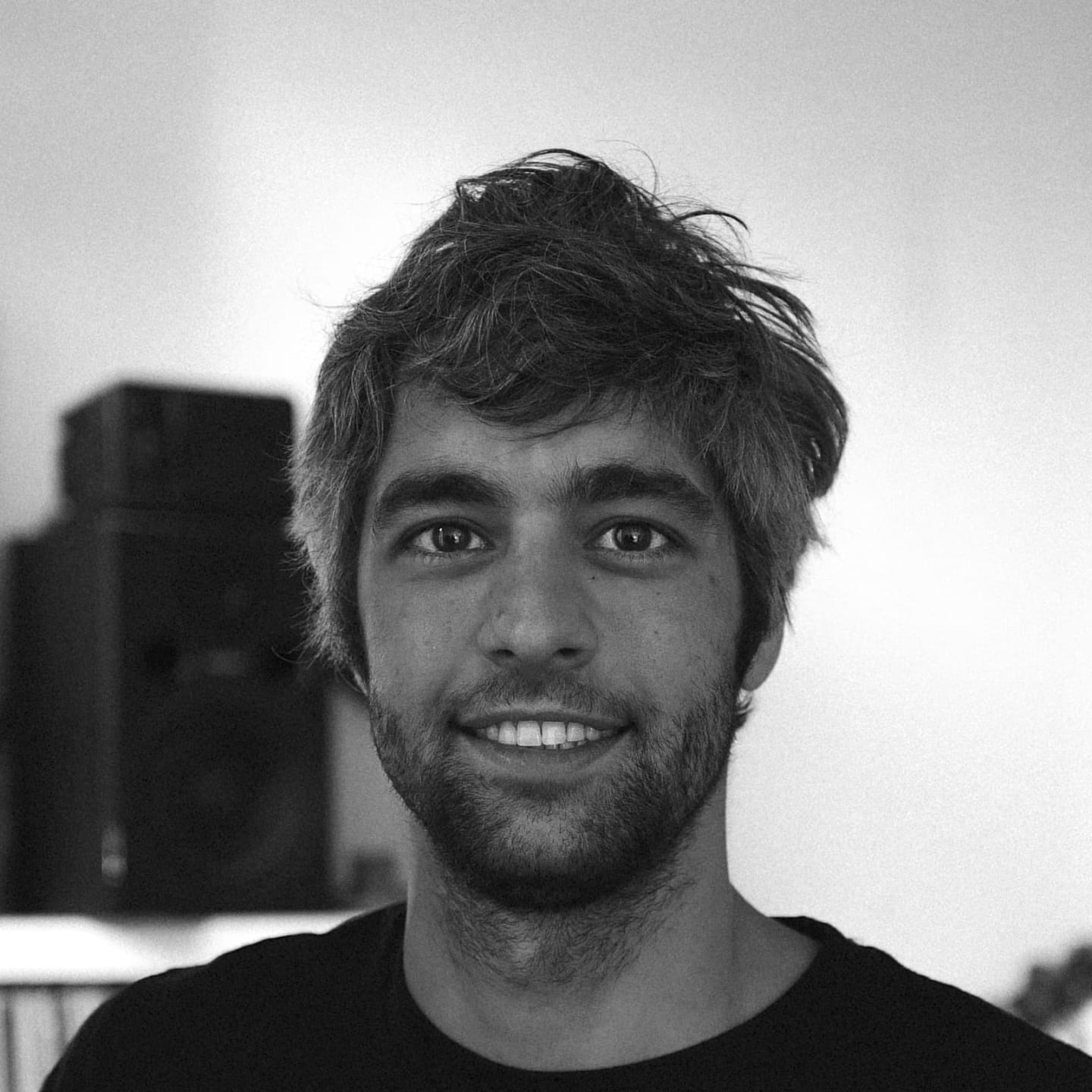 One of the original member of La Mamies, a collective of DJs and organizers of events established in 2007. Also a member of London-Paris collective, Shibaura Sound System. Always in search of rare and hidden gems, and been collecting vinyl from House, Soul, and Jazz to anything soulful.