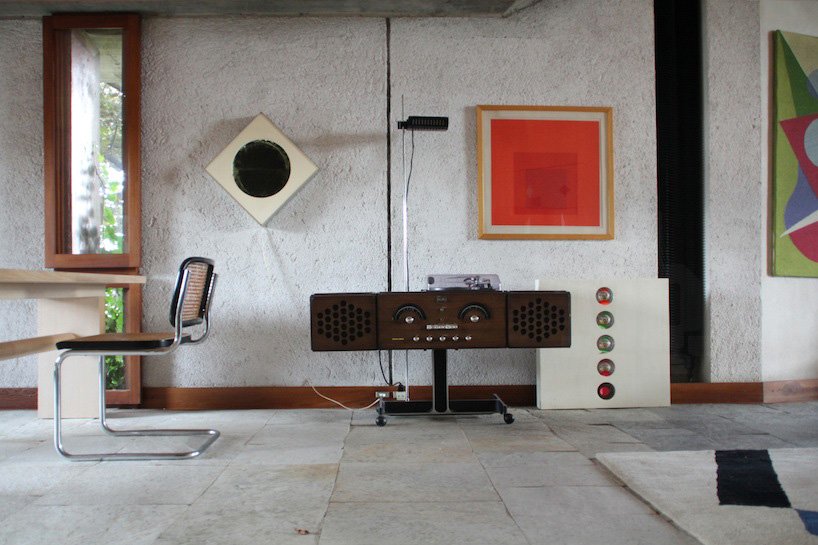 Casa Tabarelli, is an architectural treasure designed by the master architect Carlo Scarpa and his longtime collaborator, Sergio Los for close friends Laura and Gianni Tabarelli in 1968. Hidden on the slopes of the vineyard village of Cornaiano near Bolzano, Italy, the house has rarely been seen by the public and was sold by the family in 2011. 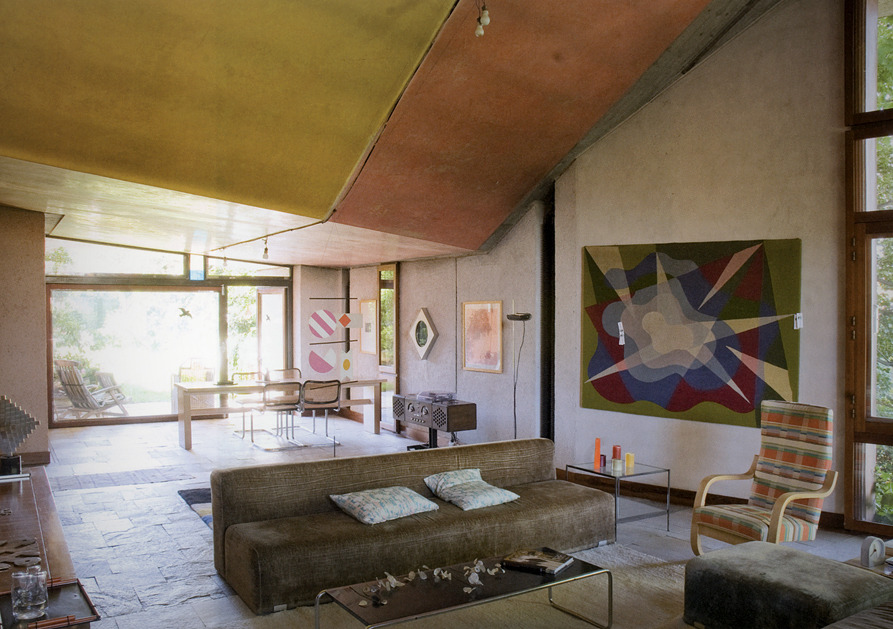 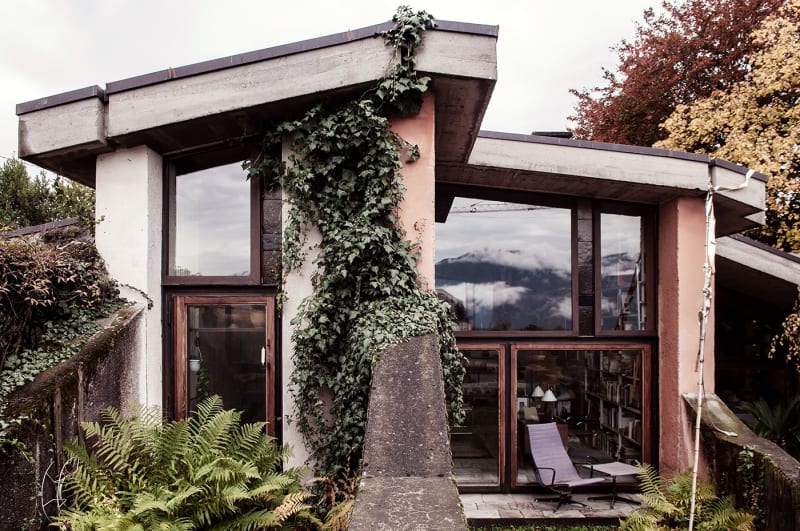 Scarpa’s masterful design is complemented by equally-iconic furnishing with pieces by Marcel Breuer, Josef Albers, Man Ray and Marcel Duchamp. Of course, our eyes are naturally drawn to the dining room and the audio system placed there. The “stereo radiophonograph” RR126 was designed by celebrated Italian industrial designers Achille Castiglioni and Pier Giacomo Castiglioni in 1965 and manufactured by Brionvega, S.p.A. The RR126 is a high-fidelity stereo with a modular structure that allows you to “mould” it by either stacking the speakers to form a cube or aligning them into a long and narrow arrangement as seen in Casa Tabarelli. The cabinet and speakers are made by hand, so no two pieces were ever identical.

Where and how people choose to position their analogue sound equipment is always interesting. Living rooms tend to be the most obvious choice, yet dining rooms seem just as excellent an idea, to us.

Often described as the most enigmatic and under-appreciated architect of the 20th century, Carlo Scarpa is respected for his instinctive methods of combining materials and time-honoured craftsmanship with modern manufacturing processes and practices.

Scarpa studied architecture at the Royal Academy of Fine Arts in Venice after which he was appointed as director of the Venini Glassworks from 1932 until 1947. It was here that he developed appreciation for craftsmanship, glassblowing in particular. He was known to continue working with the Venini glassblowers late into the night to perfect new designs. If you haven’t discovered Scarpa’s glass art, we highly recommend taking a moment to explore his extraordinary work in this field.

It was not until after World War II that Scarpa became more internationally known for his architecture. Scarpa’s sensitive restoration of Museo Castelvecchio in 1964 was a pioneering masterful balance of the historical segments of the building alongside modern materials and techniques that paved the way for architectural restoration projects, the likes of Chipperfield’s Neues Museum in Berlin.