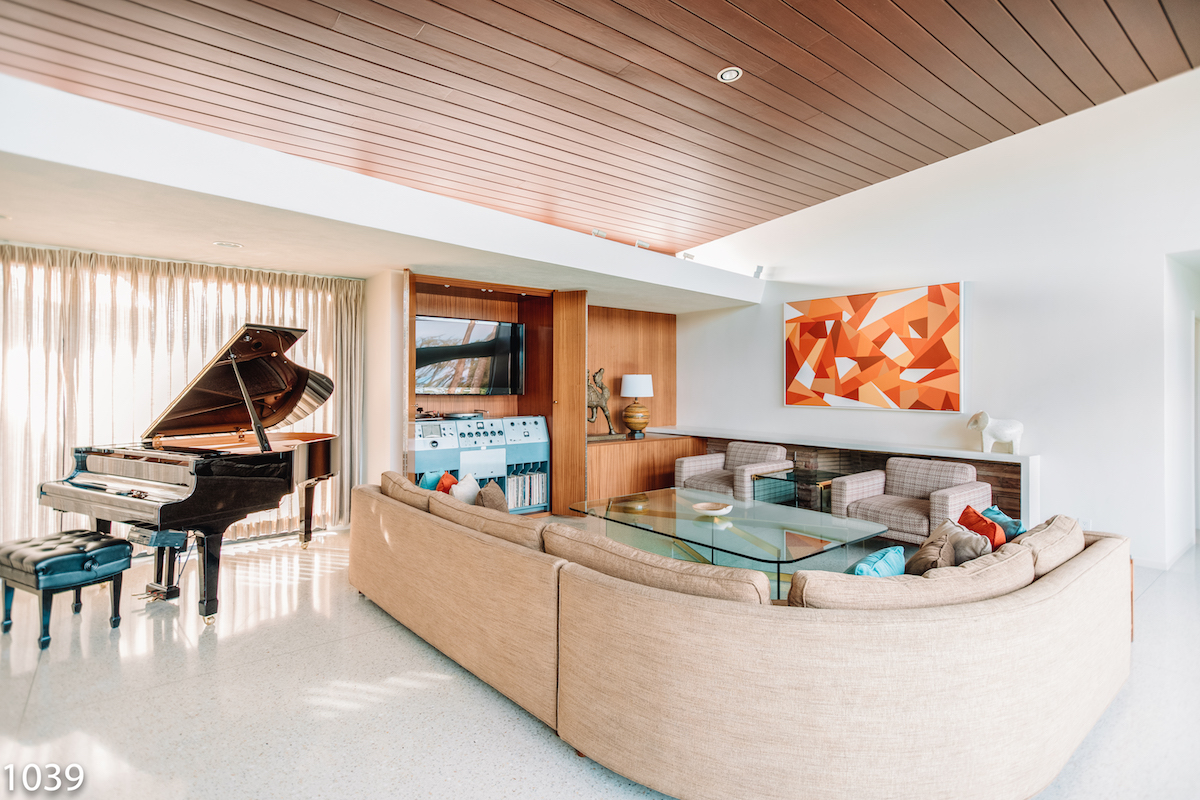 Designed by E. Stewart Williams in 1947 for Frank Sinatra and his first wife, Nancy Barbato, the Twin Palms Estate boasts both mid-century style luxury and an almost mythical reputation and a piano shaped swimming pool for extra razzmatazz. Twin Palms was Sinatra’s home for about ten years before he moved elsewhere, selling it sometime in 1957 to a buyer who sadly let it fall into decline for the next 40 years. Twin Palms saw a few more owners before it was bought and rescued by Thomas and Marianne O’Connell in 2009. Armed with an archive of old architectural photographs and the assistance of Julius Shulman, the actual photographer, the O’Connells restored the house to its former glory.

A highlight of the restoration journey, in our opinion at least, involves the effort to salvage and reinstall Sinatra’s original recording equipment from the garage to the living room. Oh by the way, the sound and recording systems were originally installed by Hollywood’s Valentino Electronics. 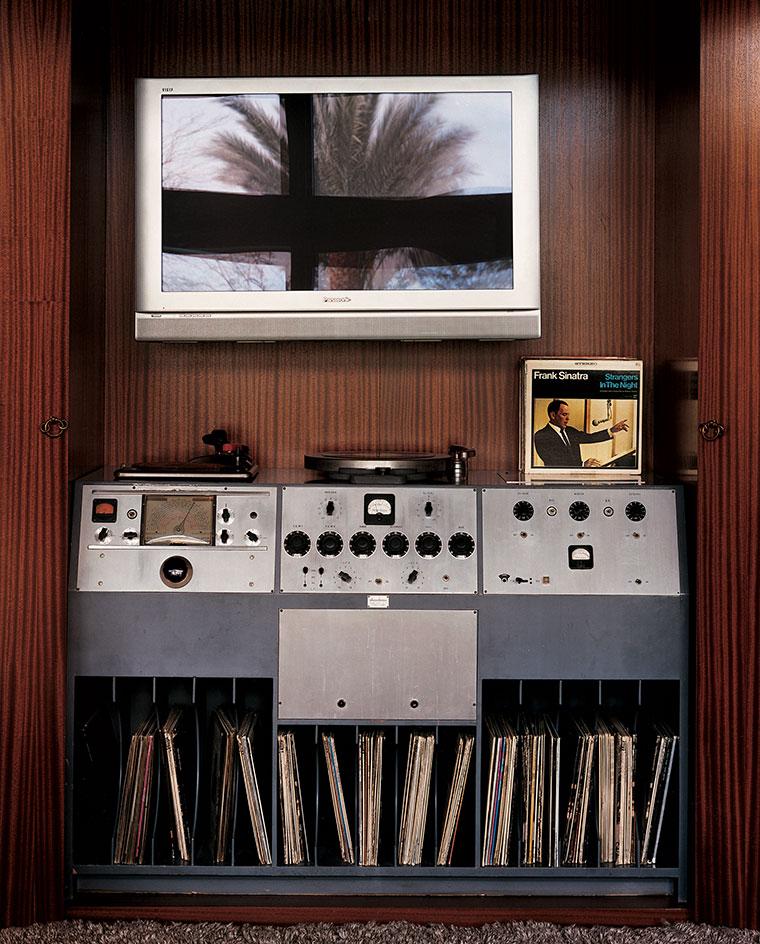 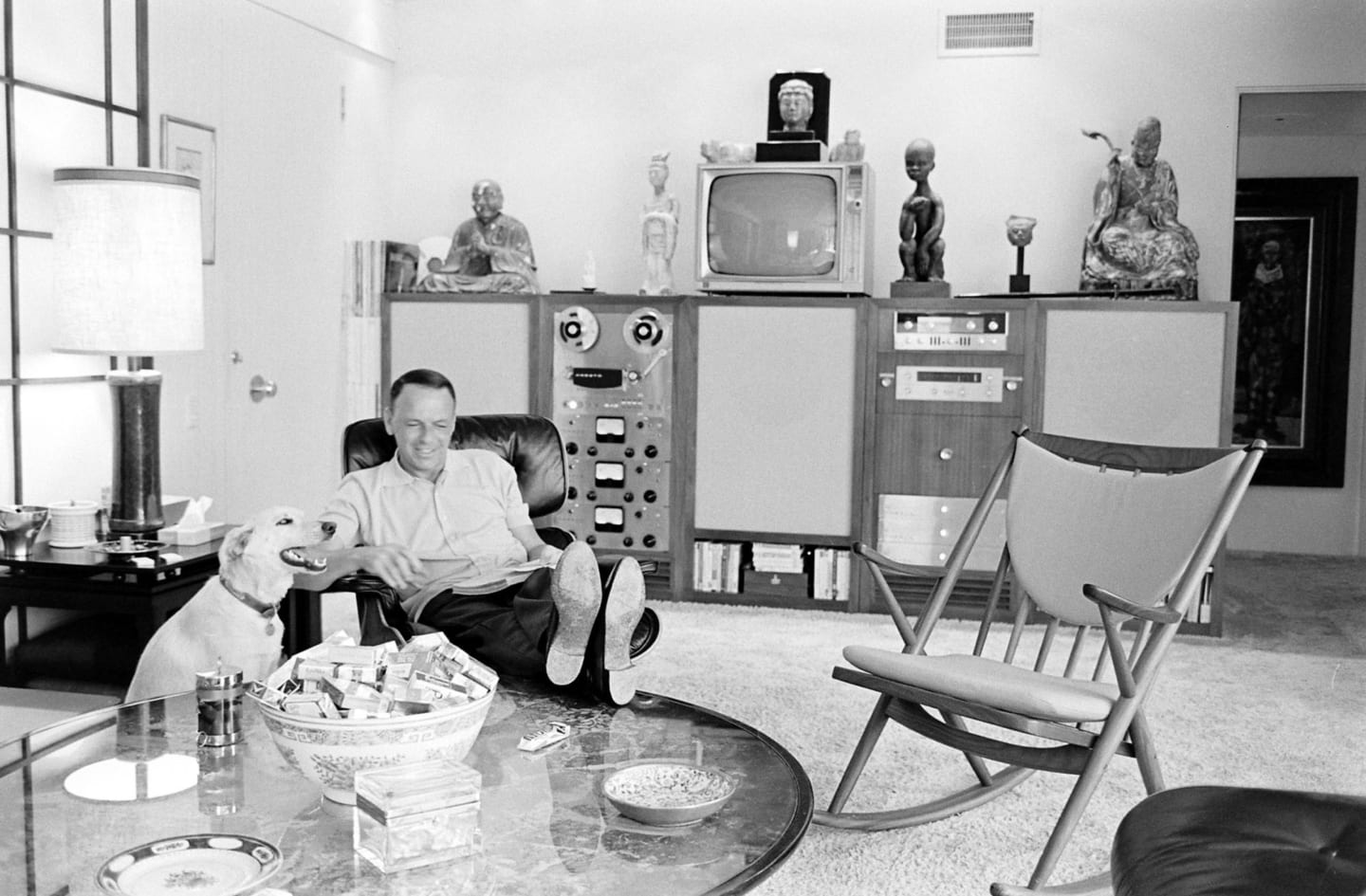 One more thing to mention! You can book a tour or even stay at Sinatra’s house. More information on that via Twin Palms.