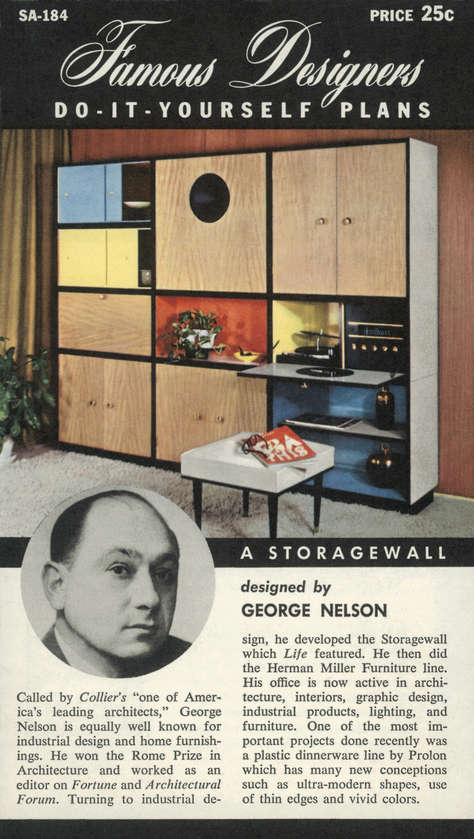 In an age when the only way to listen to music in your home was the analogue way, it makes sense that they had a lot more options than we do in our digitally induced lifestyles today. 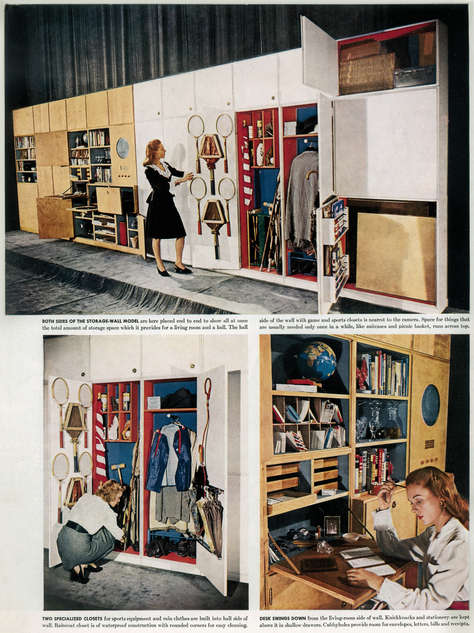 One of our favourite concepts came from George Nelson. Considered by any to be a founding father of American Modernism, Nelson was a renowned and respected industrial designer, architect, author, editor and lecturer. His Storagewall was a concept developed for the book “Tomorrow’s House”, which he penned with Henry Wright. The Storagewall was also featured in “Life”. According to the Nelson Foundation; an actual Storagewall was installed in a single-family home in New Jersey a few others were custom made for various exhibitions that George was involved in. Other than that, an unknown very small number were produced by Herman Miller between 1944-49. They are extremely rare and sought after. SO if you do come across one – please do let us know. We’d love to take a good look!