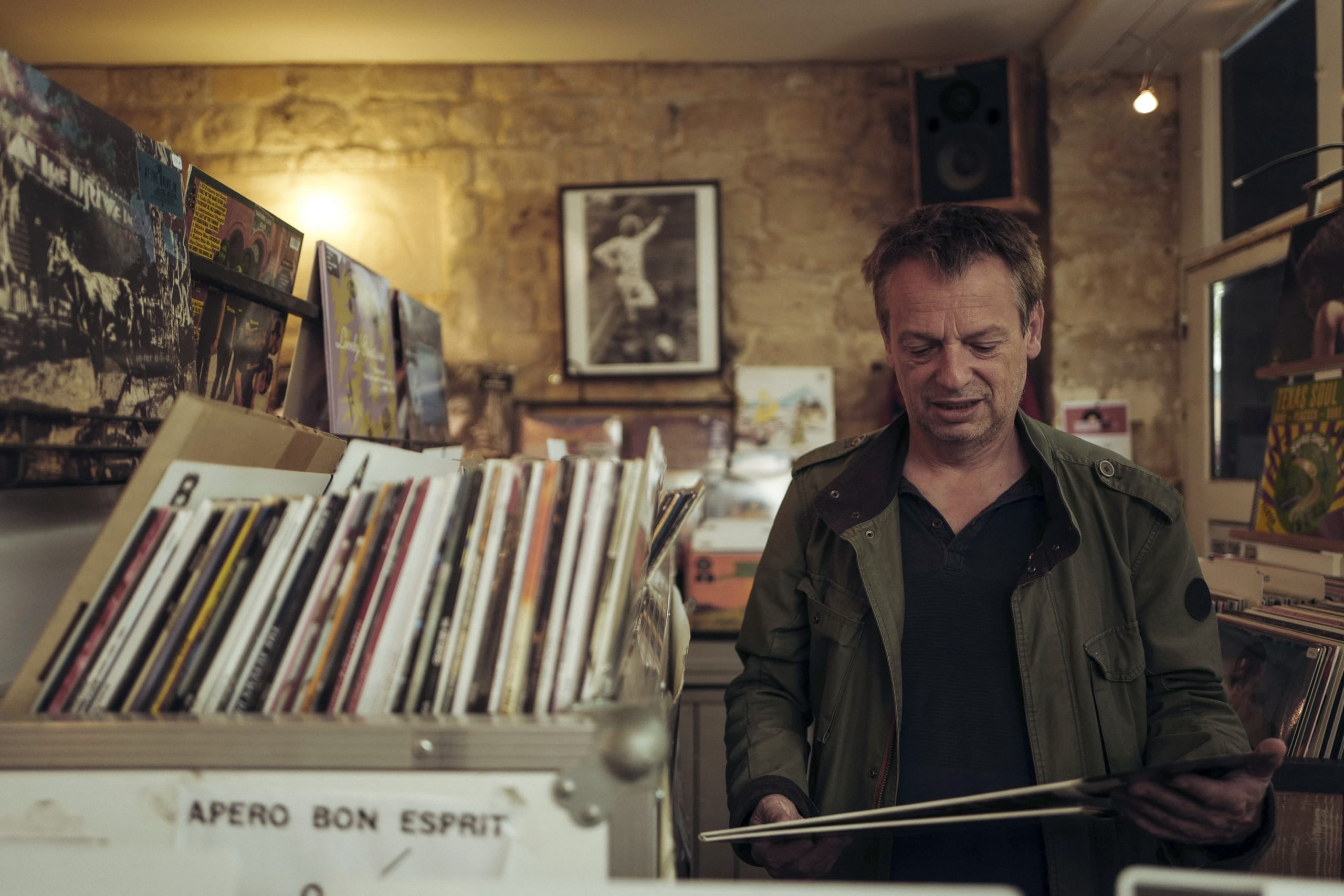 “The idea is to restore vinyl records’ status as movable cultural property ahead of their definition as objects.” The man behind Disquaire Day, David Godevais talks about his mission and his perspective on vinyl resurgence. 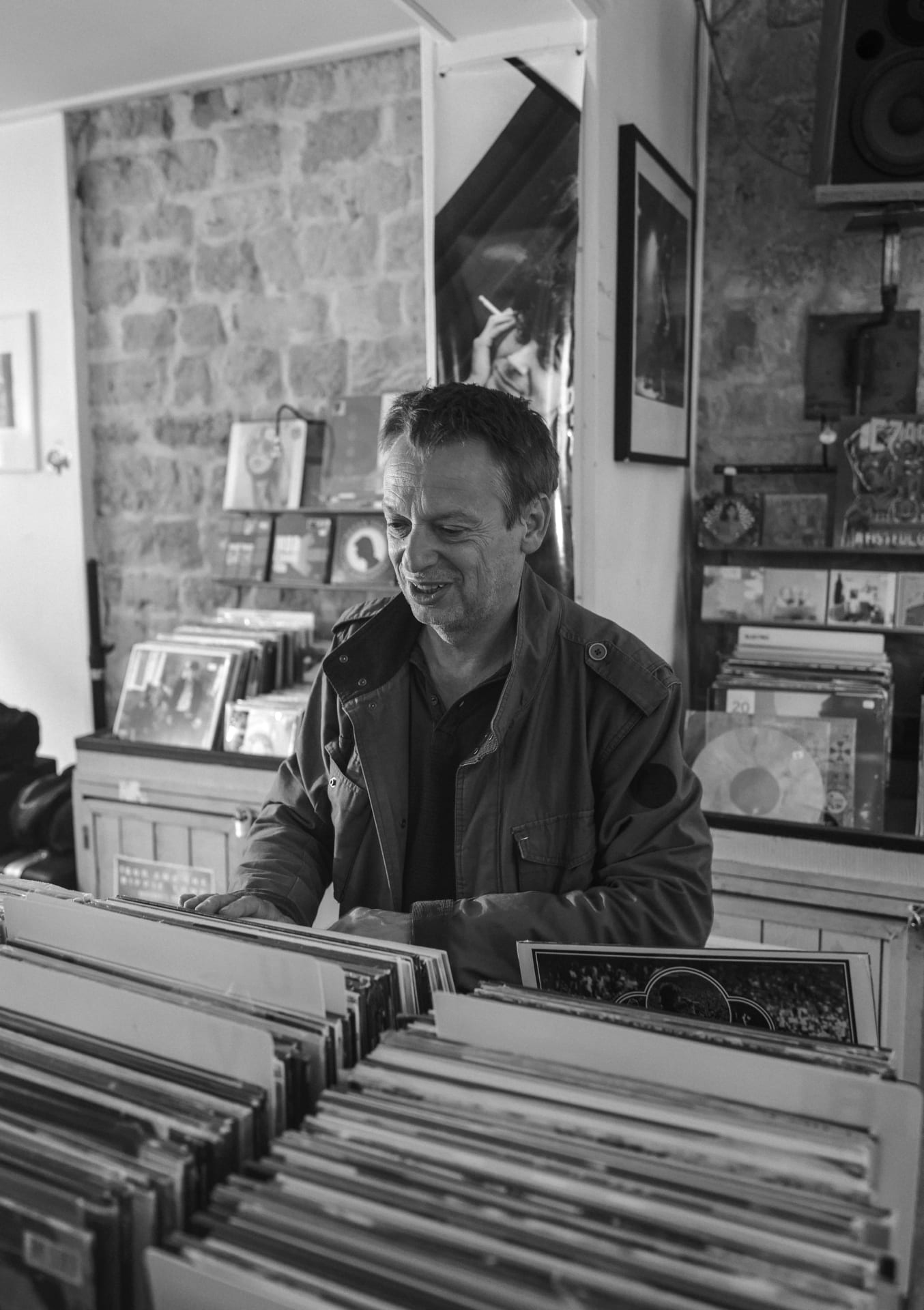 What is CALIF’s mission statement?

The CALIF was founded in 2002 to support independent record shops. Our fundamental principles are a rejection of the idea of the record as a normalized mercantile object, and a willingness to influence market mechanisms so as to raise awareness of its nature as a piece of cultural heritage that should not be subject only to profit imperatives.

How do we conceive of vinyl beyond a marketable object?

The idea is to restore vinyl records’ status as movable cultural property ahead of their definition as objects. Records are first and foremost means for an artist to present their creations, and that is why we believe they shouldn’t be treated the way you would laundry soap. It is because the publishing industry had the same reflection in the 1980s that we now have the fixed book price agreement.

This last decade has been marked by the advent of unpaid access to recorded music. Could you share your thoughts on these recent evolutions?

The idea of free access to culture is exciting at first blush, but the problem is that unpaid access to music has yielded billions for internet titans while bleeding the music industry – and artists – dry. In truth, “free” doesn’t exist – someone somewhere always has to pay. Sadly, for the moment it was the artists who paid up, and a lot of them can no longer make a living from their art. 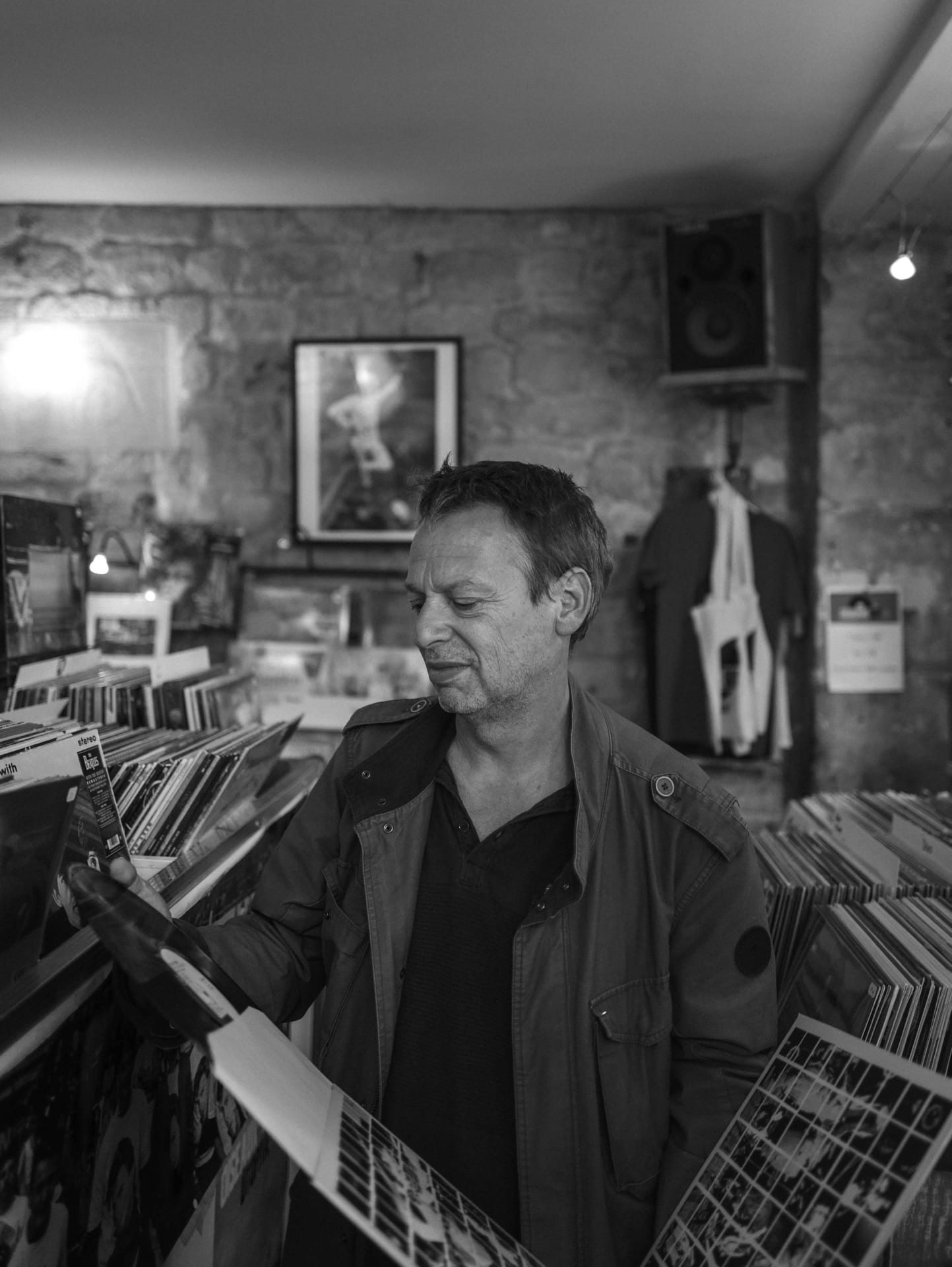 Meanwhile, the public seems to embrace vinyl again. What is your analysis of this renewed interest in the format?

The return of vinyl was vastly supported by the creation of the Record Store Day, and I’m quite glad. I believe that because of vinyl, the public – especially younger generations – are getting reacquainted with this notion of cultural property, which had been decimated by file downloads. Vinyl’s other considerable advantage is the return of a sound quality which had disappeared with MP3s. Still, I feel that those two ways of seeing music are complementary. I think MP3s are taking on the role that cassettes had in their heyday: a sound quality that leaves much to be desired, yet with a portability that lets you listen to music on your phone, your computer, or in the car. In comparison, vinyl represents a more active, intense, and focused listening experience.

Do you think this is just a passing fad, or a truly sustainable trend?

First of all, I believe that vinyl would never have “disappeared” if the labels hadn’t willingly decided to get rid of it. I’m not a prophet, but I do believe that vinyl still has a bright future. Whether it’s because of their sound quality or the beauty of this artifact you can keep and hold, I think that future generations of music lovers will continue to be fascinated by vinyl records. And if we consider the number of manufacturers who started producing turntables again, there’s every reason to be optimistic. 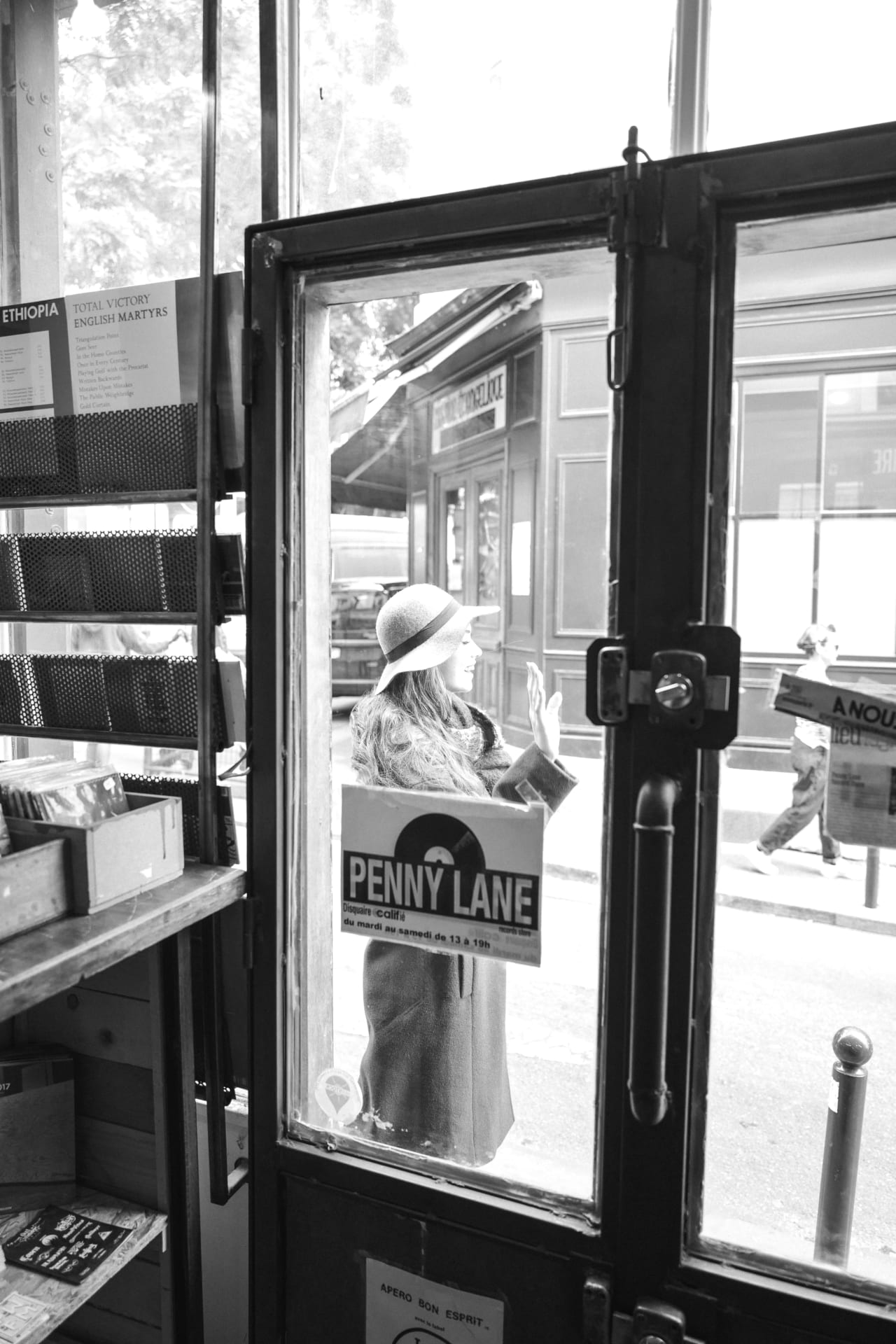 The last edition of Disquaire Day, Record Store Day’s French pendant, was marked by some discontent from independents, who were accusing the event of letting itself be cannibalized by the majors. What is the crux of the problem?

In truth, it’s only a small number of shop operators who complain about Disquaire Day, and each year, more and more shops participate because it represents a great business day for them. I think the problem essentially comes from one or two journalists who are trying to drum up their own hype with baiting headlines, because in reality,, the proportion of records coming from majors is shrinking year after year. When we had the first edition of Disquaire Day in 2011, two thirds of the releases were on major labels. In 2017, it’s the opposite, that same proportion comes from indies.

What are some of the main challenges facing the independent vinyl industry?

The vinyl industries most pressing challenges at the moment mostly have to do with production lead times, but that affects the independents as well as the majors. The fact that there aren’t enough pressing plants to satisfy the demand hinders what we call represses: when a record does well, it’s quite difficult to supply the shops, and, ultimately, the consumer in time, with production times often stretching out into three months. That being said, I’m optimistic that things will get back to normal quickly, as more and more plants are going online.

Is the French market doing well?

If we compare the number of people who were buying records in 2011 with today, there’s no comparison. Between 2011 and 2017, over fifty record shops have opened in France.

What it evokes to me is this notion of sound quality. Having worked in the music industry and in studios for a long time, I recall that when digital came around, I was thrilled with the convenience. Magnetic tapes with their wow and flutter were disappearing, but so was a kind of warmth and definition, which we didn’t grasp the objective reasons for at the time. In terms of sound quality, CDs were dubious at the beginning, even if things got better since. Personally, I find that the compression level used on MP3s is damaging for the listener’s ears when played on real speakers – but at the same time, I don’t think that’s what the format is intended for. 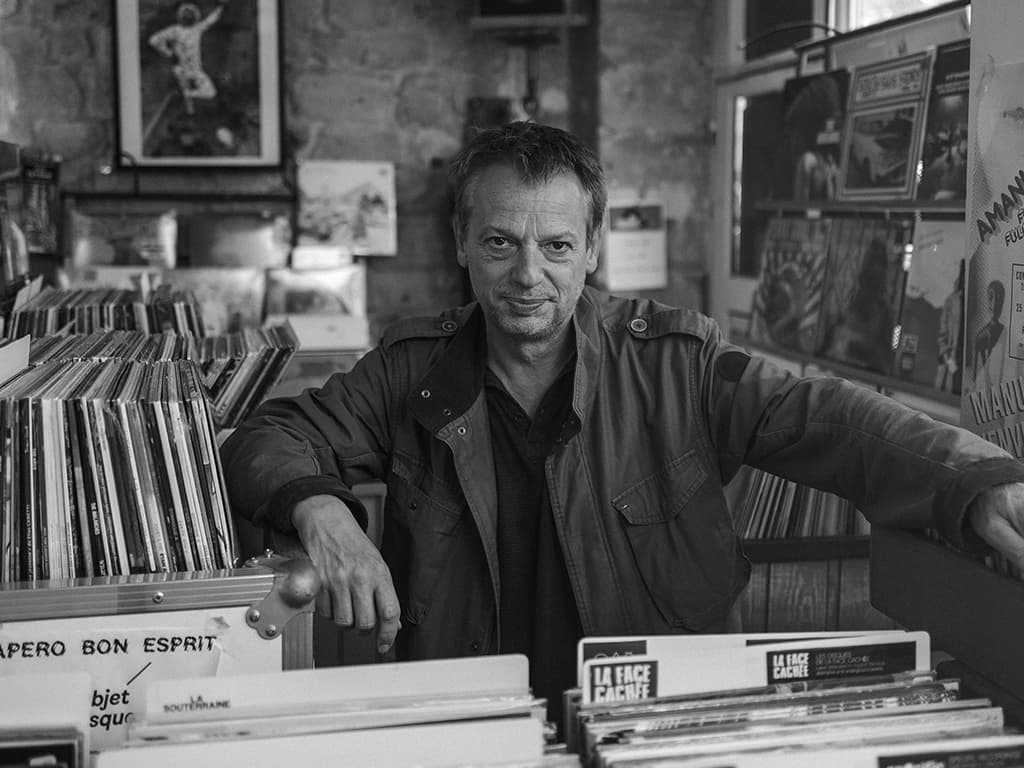 After studying composition and orchestration, David Godevais went on to launch and manage a record label focussing on jazz and world music. In 2002, he founded the CALIF (Initiative club for independent French labels) to support the French independent distribution network. In April 2011, he created the “Disquaire Day”, the French version of the Record Store Day, a yearly celebration of independent record stores involving the whole music sector.