“It’s about a time in your life, a place, the people you’re with when you hear something new. There’s nothing better than the human exchange.” Deep conversation with Parisian music journalist/radio personality, Elsa Boublil about listening to music. 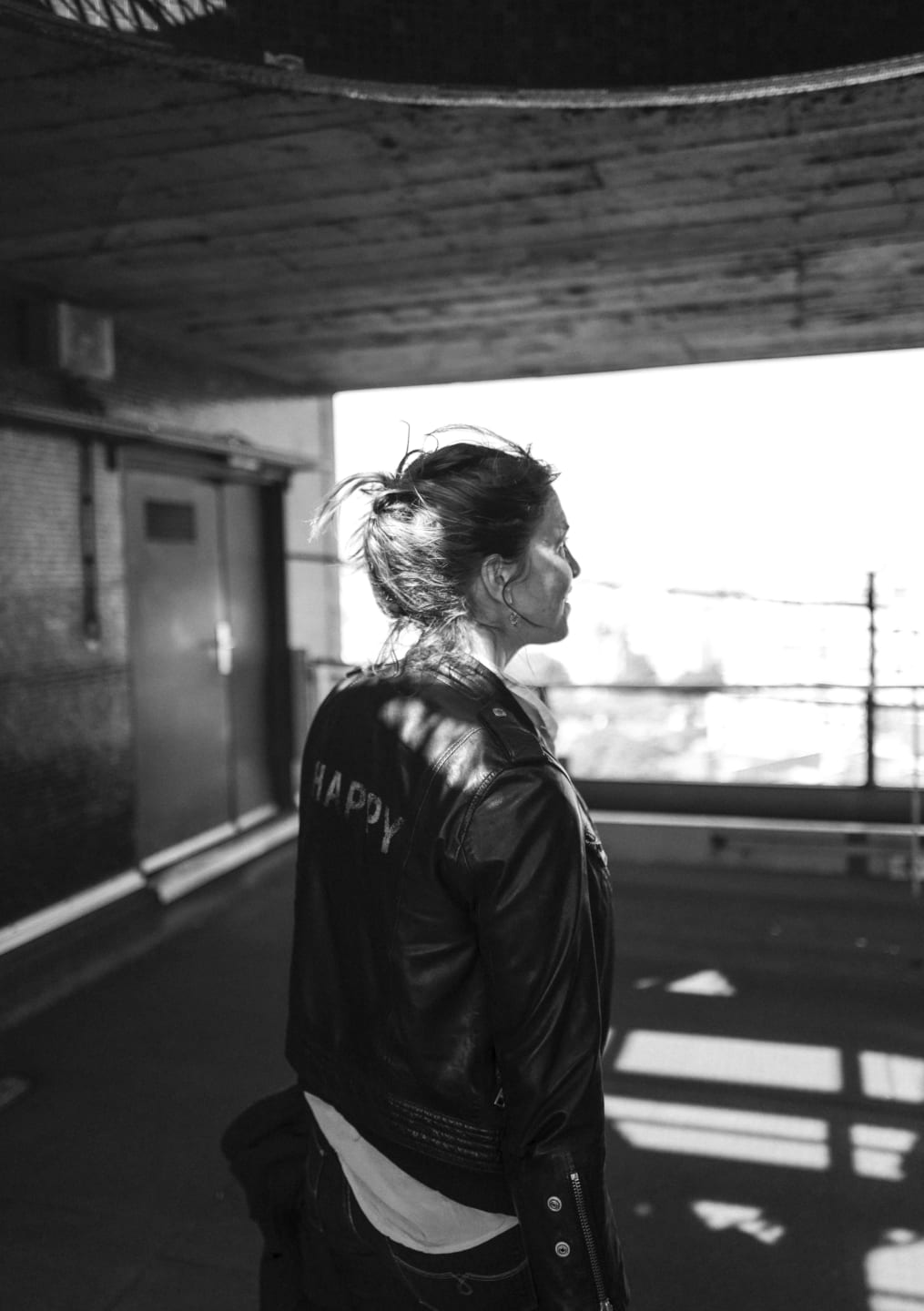 You were a musician, then a journalist – how did you end up hosting radio programs? What about radio fascinates you the most?

Growing up, there was always a radio playing. My parents were always actively listening to it, so I think eventually it became what I wanted to do. It grew out of this fascination that you could create this entire universe with sound.
Sound allows you to engage all of your senses – well maybe not smell but you know, it’s actually quite visual. It enables you to present images in a more profound way.

What were your first experiences behind the mic?

France Inter’s Michel Polac asked me to come onto his show, Intemporel. I was a musician before I thought of myself as a “voice,” but then I did these pieces that drew on my fascination with the visual. I wanted neighbourhoods to come alive, so I would interview artists and personalities on their home turf. We would visit their quartier together, with all the ambient sounds, the textures.

Looking back on your radio work, which pieces are you most proud of?

If I heard my earliest work today, I don’t think I’d say I am terribly proud, but there are indelible memories like these two pieces. I asked the photographer Guy Le Querrecto to take me on a tour of the Latin Quarter on his motorcycle, and that’s where we did the interview as he spoke of his childhood there. I had about eight hours of audio to turn into 10 minutes, but the sound of the bike, the wind, his voice – it was magical. Then with Emmanuel Finkiel, the filmmaker. Obviously, he spoke in images, and as I listened to him on my headphones, I could see the images emerge from the pavement. I really felt like I was reliving his past – a past.

Do you miss editing tape? How has the transition to digital editing change your method for writing for radio?

It evolved a bit… With tape, there was always a different perception of time, as you had to watch it unfurl before your eyes to get to the material you needed. Now we have all these techniques that allow you to skip back and forth, but back when we had to stare at the tape, there was something almost architectural about it.
Now everything is more immediate and efficient, so it changes your perception of time. We were more patient with time in those days. I also like tape because it’s very physical – there’s less margin for error. One splice in the wrong spot and well… it was very challenging, a bit more artisanal. It felt a bit like sewing fabric, which I liked.

One of the great advantages of working for Radio France is this access you must have to their record library, which is the biggest in France, if not the world. How do you make use of this invaluable resource?

Well, it’s not exactly right where I work because they moved the archive to the suburbs. But I have definitely been there, and it’s hard to describe. It’s stacks and stacks of CDs and vinyl records, meticulously catalogued and classified. It’s like how you would picture the Library of Alexandria, but with virtually every recording ever made.

Can you tell us about some of the discoveries you’ve made there?

It’s so vast that I can’t think of just one thing. What I can say is that it has a lot of unique pieces, or the original version of anything else you might want. There’s definitely something magical about a classic – say, a Thelonious Monk or Stravinsky’s Rite of Spring – that you can get anywhere on any format, and in any interpretation, just sitting there in its original pressing. The cracks and pops, the original sleeve – holding it in your hands and listening to it in that state makes you realize that you’re holding an artefact. It’s impressive to have all of this sound history all in one place.

As a sound fanatic, how do you make sense of all of this material that’s at your fingertips?

A lot of it has been, or is being, digitized, and of course there’s a database of it all. I feel very privileged to be able to requisition just about anything that pops in my mind.

I’m quite peculiar, as I listen to a lot of music in my head! I can’t help it, it’s just always there for me to tune into. I also love silence, because since I work with music so much, I need to eventually isolate myself.
As far as actual music, when I’m listening to some around people and they don’t like what’s on, I must admit it bothers me. So, when I sample actual music, I need to curate it before I play for my friends or my audience.
Then there’s my “free time” listening, which is listening to what’s on my iPhone in my earbuds, like most people. That’s when I get to hear all that I miss out on as part of my work – I let it resonate in my mind. There’s an added value to that, because if I’m listening to a new release and it reminds me of something else, it prompts me to go back to something in my “brain library.” So, I give what’s playing in my head a lot of space.

As you mentioned during the Analogue Foundation conference, you like vinyl because it imposes a certain mode of listening. What did you mean by that?

It forces you to stop, to make a pause. A side of a vinyl record passes by so quickly that you can’t just put it on and go do something else, because it means you didn’t really listen to it in the end.
There’s the gesture, the ritual – at least for me. You have to grab the record from the shelf, sit down on the sofa. I can’t conceive of putting on a record without reading the liner notes, without attentively listening. Even the surface noise… I pick it up. It’s very active. I think its universal.

Do you think this vinyl renaissance is a fad, or that it’s here to stay?

I think it’s the effect of people generally becoming aware of the modern pace of life being a bit too hurried, this need to take your time. It speaks to a generation, a zeitgeist, in which we’ve gotten into the bad habit of just listening to too much music. It’s like there’s a stream, a score that flows through life, but that we don’t necessarily pay attention to. We’re no longer listening, we’re just hearing. In more universal terms, to take in the world, you have to stop once in a while.

It speaks to this attendant phenomenon of algorithmic musical “prescription”. As a human musical curator, have you thought about the effects of that function of streaming services?

I think it’s good for some people – for example my friend, who is the daughter of the inventor of the smart card. She feels that her dad would have loved this idea of algorithms suggesting new music for people. But it will never replace the simple emotion of discovery, which is contextual. It’s about a time in your life, a place, the people you’re with when you hear something new.
When I’m in the car with people for example, I always get asked to be that algorithm, because they know that the moment of someone presenting music to you will never be emulated by a machine. There’s nothing better than the human exchange. Smart playlists won’t hop down from Schubert to heavy metal for example, you just have to have that memory that connects themes, moments, outside of genre segmentation.

If anything were possible, what new technological advancements would you dream of seeing?

I’m all for progress, that’s for sure. But the ideal for me would see older, more artisanal techniques cohabit with what is to come. I’m not a super technical person, so I don’t have a specific dream for a new device or method. I just want sound to remain alive, to be something we can still play with.

What do you think of Radio France’s experiments with binaural sound?

I find it fascinating, I know the boys who are working on it – I definitely look forward to more sound performances in that format. It’s inherently social because ideally you have to be in a space, so it gives way to installation work, more collaboration.

I think back to the tape recorder on which I would splice tape in the studio – that’s what it brings to mind. There’s a great amplitude – when I listened to tapes I felt like I could draw what I heard. There’s something more aesthetic, visual – a sort of depth. I could almost paint very profound things just by thinking of the word analogue. The reproduction of the audio spectrum, both the music and the environment it was captured in. 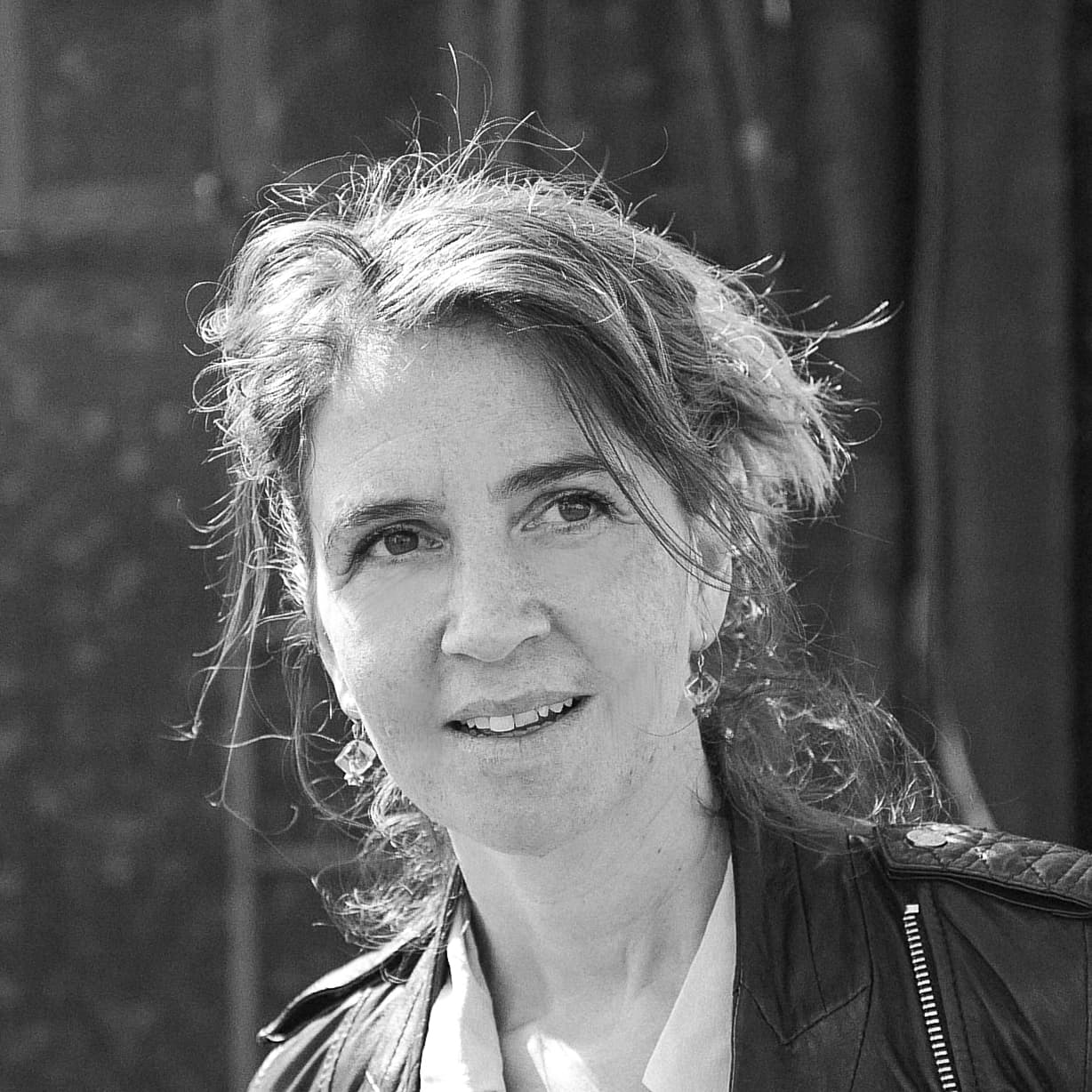 French journalist and columnist. She produces the show Summertime devoted to jazz music on France Inter and then from the beginning of 2015, she runs the show Vous avez dit classique? devoted to classical music. She is also the producer of the show and covers many jazz festivals.